Abdu was born deaf and needed a cochlear implant. Abdullah suffered from a blood disorder and needed an urgent transfusion. But their families could not pay. Young Abdu enjoys a walk with his family in the countryside near the German town Wächtersbach, where they were resettled. With cochlear implants and hearing aids, he can now hear almost perfectly.  © UNHCR/G.Welters

GENEVA, December 10 (UNHCR) - Young Abdu was born deaf and needed a cochlear implant that could drastically improve his hearing and his life; 17-year-old Abdullah suffered from a blood disorder and was in danger of dying without an urgent transfusion.

The problem was that their families could not afford to help them. They simply lacked money for the treatment that would help their children after exhausting their savings since fleeing Syria and finding shelter in neighbouring Lebanon.

Thousands more young Syrian refugees, as well as adults, face the same heart-breaking hurdle. They may be desperately in need of medical help, but their families cannot afford the costs. UNHCR and its partners have helped many patients in need of live-saving care but they also face fund-raising restrictions.

For some people, UNHCR believes, the answer lies in resettlement. To this end, the refugee agency held a pledging conference in Geneva on Tuesday in a bid to increase the number of places available to Syrian refugees in resettlement countries in areas such as Europe, and North and South America. One of the globally agreed resettlement criteria is refugees with serious medical conditions.

As refugee numbers from Syria grew, UNHCR increased its appeal for resettlement and humanitarian admission in 2014-2016 to 130,000 places and, following pledges and indications of further commitments in Geneva yesterday, believes 100,000 places will be available in the coming months. With no end to Syria's war in sight, further appeals for places are expected to be made.

Abdu and Abdulla are lucky, they have already been resettled in Germany and their lives have been turned around.

Abdu was born in the northern Syrian city of Aleppo, where his father Ahmad Khawan worked as an ironmonger. At an early age, the boy was found to have a hearing impairment and was fitted with a cochlear implant for one ear.

But before he could get a second implant and hearing aid, the war came to Aleppo and Abdu fled with his parents and sister Rutha to the Lebanese capital, Beirut, where they rented a cramped apartment. Ahmad found work, but he was not earning enough to pay for a second operation for Abdu.

In August last year, the family heard they had been accepted for resettlement in Germany under a humanitarian assistance programme. Ahmad was apprehensive: "We were living in the same house together all of us and then all of a sudden we had to travel. Of course it was difficult, but then you see you have a future ahead of you for you and your children."

They arrived in the central German town of Wächtersbach a month later. Abdu soon underwent a second operation and he now has two hearing aids and almost 90 per cent hearing. After attending a school for the hearing impaired, Abdu now goes to the local nursery school, where he is learning German.

His father Ahmad is about to graduate from language school and hopes to find work in the town. "The Khawan family is an exemplary family," said Tim Schneider, a government integration officer, adding that Ahmed helped them to interview other Syrian arrivals. Ahmad's father and brother recently arrived in Germany under a family reunion programme and, for the first time since the war began in Syria, he feels hope for the family's future.

Meanwhile Abdullah and his younger brother, Anwar, aged seven years, suffer from thalassemia, a blood disorder where the body makes an abnormal form of haemoglobin. In Syria, they received blood transfusions and medicine to stabilize the condition, but things became much more difficult after the family fled from the south-west city of Dara'a to Lebanon in 2012.

The teenager's father, Khoder Alayean, found work here and there but he was unable to meet the medical costs for Abdullah and Anwar, who received no treatment in the six months running up to their resettlement to Kiel in April this year under the same humanitarian assistance programme as Abdu.

Abdullah's health became critical, an overload of iron in his system began to affect his heart and his pancreas. "What we saw was that his thalassemia treatment was not good and without proper treatment the disease is lethal," recalled Simon Veth, the doctor who nursed him back to health in Kiel.

Abdullah is now under close observation but his energy levels have returned. His brothers and sisters are attending a local school and learning German, as are his parents. Had it not been for resettlement, Abdullah might not have survived.

"Now I am walking a lot and playing and running and I don´t get tired…in Lebanon when I walked I got tired fast. I feel I have a future here, I can go to school," explained the boy given a second chance. 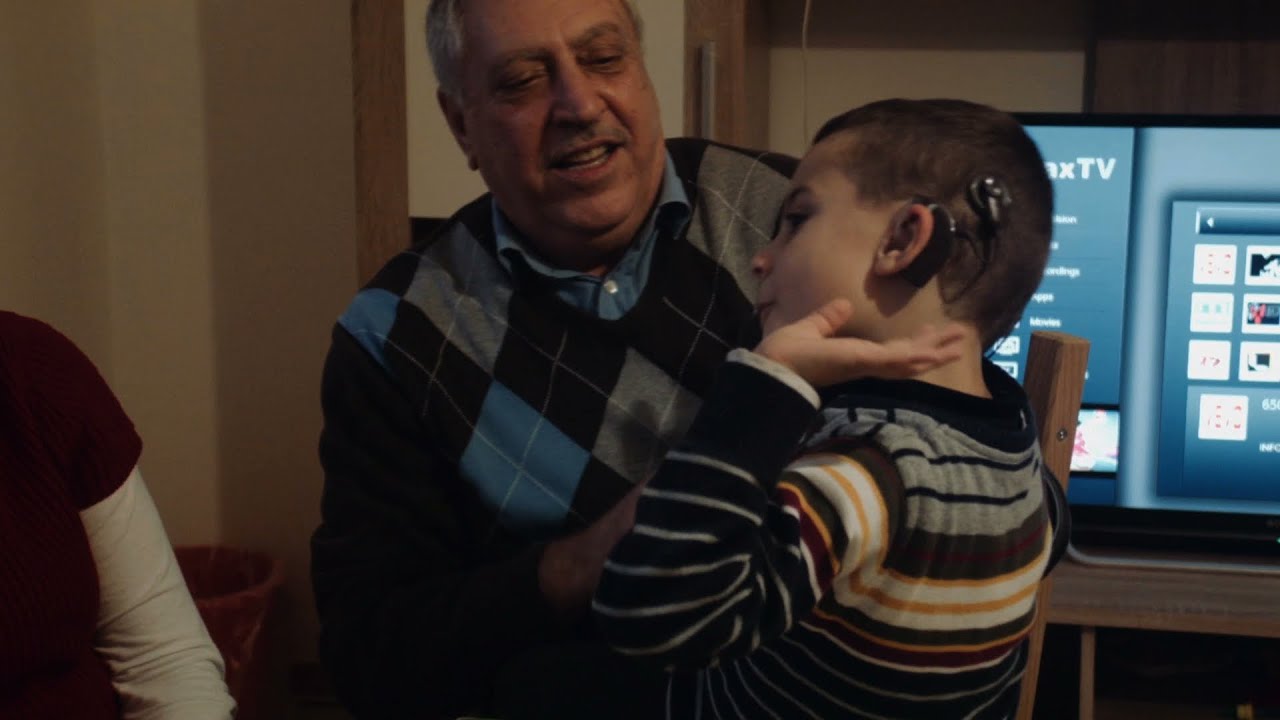