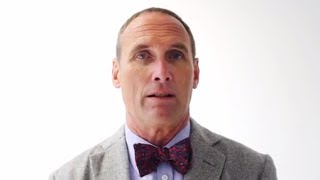 “….the reason we can talk about “them” as a problem, a plague on our borders, is because we don’t see them. If any of these refugees knocked on any of our front doors and asked for help, we would give it. We would insist they be protected and offered a chance to be doctors and civil engineers, nurses and journalists. We would do it because we are…good and kind. It is only by not looking, by turning our backs, that we can sail away and think this is sad, but it is not our sadness.”

AA Gill first supported UNHCR’s work for World Refugee Day in 2013 sharing the one item he would take with him if he was forced to flee his home:

I would take my prayer beads from Bhutan. I find them restful and they help me to think. From what I’ve seen of refugees, there’s quite a lot of sitting around. With not much to do, counting my blessings might help in that situation.

He remained a committed supporter of UNHCR campaigns, including speaking at The First Global Forum on Statelessness in the Hague, and travelled extensively with UNHCR to Jordan, Lebanon, Bangladesh, Mexico, DR Congo, Italy and across Europe.*

He wrote searing, powerfully moving pieces on each of his journeys, published in the Sunday Times Magazine.  In 2014 he was rightfully honoured for his exceptional writing and was presented with the Women on the Move award.  Accepting the award Adrian said: “In Congo I realised a truth I’ve known all my life. Whilst women are often victims, they are also often the catalyst for making things better.”  The same year he received the Press Award for Best Feature Writer, and the Amnesty International Media Award for his series of articles on the forcibly displaced.

AA Gill was a fierce advocate for refugees and a much loved friend of UNHCR.  His death in December 2016 robbed the world of a man of extraordinary wit and compassion.  He was a true humanitarian.  He will be much missed.

*articles re-produced with kind permission from The Sunday Times. In Memoriam: Photos of AA Gill in the field