Our hope is that people have the opportunity to achieve their full potential, contribute actively to their community and live without fear of discrimination or exploitation.

There are close to 10,000 refugees in Ireland. Many are unable to return home and some may never do so. Many will make their permanent home in Ireland and may become naturalised as Irish citizens. Because of language barriers, unrecognised skills or qualifications and situations involving separated families, integration may not be easy for some refugees. This presents challenges and Ireland's statutory and voluntary agencies have been actively involved in assisting refugees and host communities to adapt.

UNHCR has advocated for special support for refugees at the initial phases of their integration, and has submitted several reports to the Irish government outlining where they can be targeted. The 2014 RICE Report outlined key areas in housing, employment and social inclusion where refugees can face unique challenges in Ireland.  In 2009, UNHCR carried out research on the needs of refugees in the area of integration in a study called Mapping Integration. UNHCR has also carried out participatory assesments among Syrian refugees arriving in Ireland on the resettlement scheme and the private sponsorship Syrian Humanitarian Admission Programme.

In our experience, local authorities and communities have played a key role in the successful first phases of integration of refugees and their children in Ireland, in particular those local initiatives that deal with language barriers, access to health, education, employment and participation in sports and other local leisure activities. Although it can have different meanings and definitions, there are common features in the approach to the integration of urban refugees between UNHCR and the European Union and its Member States, like Ireland. UNHCR’s policy in this area is continually developing in tandem with policies being defined and shaped European-wide and internationally.

UNHCR sees integration as a two-way process involving efforts by the refugee and the host country to create the conditions that will allow individual refugees to start rebuilding their lives. In these efforts, it is the host country that must take the lead role and communicate its expectations for integration. 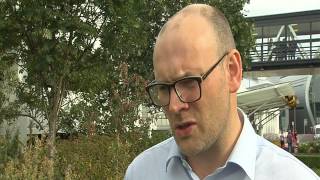 Syrian family reunited in Dublin after more than five years