Bishops offer 'room at the inn' to refugees in Hungary

In a country with a xenophobic streak and a government proud to call itself 'illiberal', religious leaders are speaking up.

Bishop Beer, whose "bourgeois" family was exiled to the countryside during Communism, loves farm animals and keeps sheep and a donkey.
© UNHCR/Andras D Hajdu

When Miklos Beer, Bishop of Vac, feeds his pet sheep and donkey, the scene brings to mind the stable at Bethlehem. But there is plenty of “room at the inn” here. The bishop has personally accommodated refugees in his bishopric in northern Hungary.

“If a person comes through the door, asking for asylum, how can you reject them?” he asks.

The Roman Catholic bishop, 74 and six months from retirement, has spoken up loudly for refugees in a country with a xenophobic streak and a government proud to call itself “illiberal”. He is among a number of Hungarian church leaders who have started to question the government’s approach and call for compassion towards asylum seekers.

Catholicism is the leading religion among those Hungarians who profess a faith. Over 37 per cent of citizens count themselves Catholic while 14 per cent are Protestants – Calvinists or Lutherans. Just under half say they are non-religious or do not declare their beliefs.

The Lutherans were relatively quick to help refugees when they began crossing into Hungary in their thousands in 2015. “We have all kinds of people in our congregations,” says Tamas Fabiny, 58, Bishop of the northern district of the Evangelical Lutheran Church in Hungary. “When the refugees began arriving at the stations, I was pleased to see that many of our church people went out as volunteers. They were asking, ‘what kind of water should we give the refugees, still or sparkling? And what kind of food do Muslims eat?’.”

The Catholics were more cautious. Bishop Beer admits that while he felt the building of a fence on the border with Serbia “did not give out a good message”, he was initially inclined to give the government the benefit of the doubt when it came to ensuring orderly migration.

But he was shocked by billboards and other propaganda that aimed to turn the population against refugees. In 2016, the government urged a “no” vote in a referendum on whether Hungary should take its EU quota of refugees. In the end, the vote was invalidated due to low turnout.

“Who came up with the idea of playing on the negative instincts of the people, on their egoism and selfishness?” the bishop asks. “Without doubt, the government campaign has had an impact on the population and I am afraid that people have started to see enemies everywhere.”

The bishop sighs and struggles to explain the negative attitudes he comes across. “With a heavy heart, I must say it is rare when I meet churchgoers who understand (the need to help refugees) and this applies to priests too. Perhaps the roots are in the old dictatorship. We got rid of the Communists and now the general view is, ‘just leave us alone’.” Tamas Fabiny, 58, a Bishop of the Evangelical Lutheran Church, is among a number of Hungarian church leaders who have started to question the government's approach and call for compassion towards asylum seekers  © UNHCR/Andras D Hajdu

Bishop Beer and Bishop Fabiny, who are friends, made a joint video with a message of welcome to refugees for World Refugee Day. Afterwards, they received hate mail and abusive comments on social media. “Not from churchgoers but from the general public. It made me very sad,” says Bishop Fabiny.

A particularly distressing incident in the village of Ocseny in September prompted the bishops to speak out again. Villagers attacked a guesthouse owner who had offered holiday accommodation to a group of refugees.

“These refugees had actually been granted asylum by the government,” says Bishop Beer. “But this is what Hungarian society is like now. We do not care about others. There is just automatic rejection of outsiders.”

He adds that rural Hungary is depopulated and many village houses are abandoned. “I cannot live with the idea that it is better for these buildings to collapse than to let refugees live there,” he says.

“I am best serving the government if I speak the truth.”

Religious leaders are aware that there could be some risk in challenging the government over refugees, not least because churches depend on the state for finance.

“The government has not said it will cut funds and I don’t raise the matter either,” says Bishop Fabiny. “But some of my pastors worry that we could be punished financially. I am responsible for the unity of my church. I have to hear their voices and I must be fair to the government too. It is a very narrow path.”

For his part, Bishop Beer says: “I am best serving the government if I speak the truth.”

When it comes to giving practical support to refugees, the Lutheran Church runs a centre in Budapest where asylum seekers can get help with translations and legal advice. It also has an “integration house” in the northeastern town of Nyiregyhaza, offering refugee families temporary accommodation and help with employment. 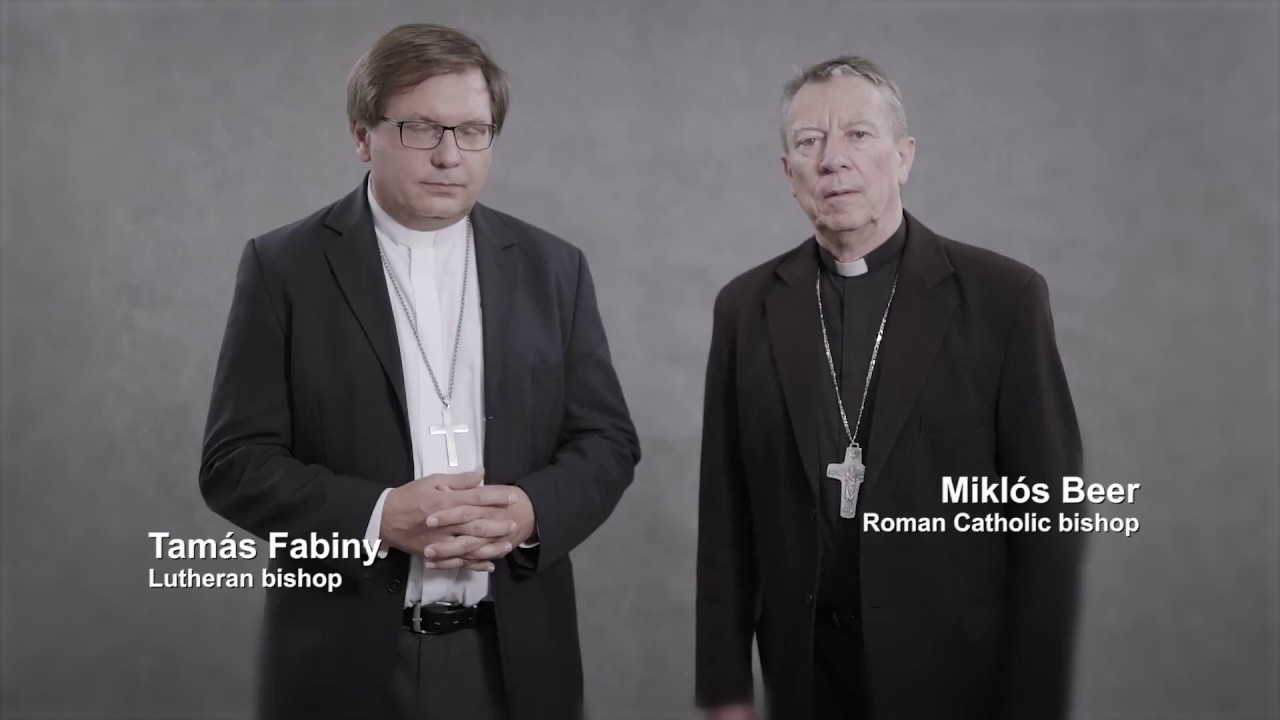 Bishop Beer decided the best he could do for refugees was to take some of them into his own home during the severe cold earlier this year. The bishop, whose “bourgeois” family was exiled to the countryside during Communism, has extensive grounds. He loves farm animals and keeps sheep and a donkey in the paddock. Inside, the house is warm and magical. A toy train runs around a track on the floor of the study.

The Bishop accommodated two men from Africa, an Afghan, a Syrian and an Iraqi. “The Iraqi man was an engineer, who spoke good English. I baptized him this Easter,” he says.

However, when the Hungarian government introduced a new rule that asylum seekers must be kept in detention pending the outcome of their applications, there was nothing the bishop could do to prevent his guests from being taken into custody.

“The two African men went to report to the police in the town of Győr and did not return. They are now in detention,” he says sadly. The other refugees left Hungary in the hope of finding a better reception elsewhere in Europe.