“UNHCR’s work to protect people and families forced to flee their homes has always been indispensable, but as we confront unprecedented global crises and record levels of displacement its mission has taken on a renewed urgency. The UN Foundation is proud to support UNHCR as it provides critical protection and support to refugees across the world.”

The UN Foundation has made a significant difference in the lives of refugees and forcibly displaced people. Since 2007, the UN Foundation has supported UNHCR with more than US$13 million through its Nothing But Nets, Adopt-A- Future and Girl Up campaigns, among other initiatives, in addition to providing communications, advocacy, and technical efforts on issues ranging from malaria to energy access.

Through leadership development training, Girl Up gives girls the resources and platform to start a movement for social change wherever they are. Girl Up has worked with UNHCR since 2011 to connect refugee and displaced girls with educational opportunities. For several years, Girl Up has supported UNHCR’s education project for Somali refugee girls in Jijiga, Ethiopia and has contributed to UNHCR’s primary education programme ‘Educate A Child’ in Ethiopia and Uganda, helping to ensure that displaced girls are enrolled in school and have access to a quality education. Girl Up is also a supporter of UNHCR’s advocacy and outreach initiatives, including the #WithRefugees Campaign and Coalition, cooperates in and around events such as World Refugee Day, and engages UNHCR in Girl Up’s annual Leadership Summits in London and Washington D.C.

Nothing But Nets is the world’s largest grassroots campaign to save lives by fight malaria, a disease which claims the life of a child every two minutes. Nothing But Nets has partnered with UNHCR since 2007 to protect refugees and internally displaced populations from malaria. Since 2007, UNF has helped UNHCR protect over 5 million people in 23 countries through the distribution of long-lasting bed nets, rapid diagnostic tests, and anti-malaria treatments. In total, Nothing But Nets has raised $65 million to help deliver nearly 13 million bed nets to families in need, along with other crucial malaria interventions. UNF is currently supporting UNHCR’s malaria prevention work in the Democratic Republic of the Congo.

In addition to raising funds for UNHCR and other partners, Nothing But Nets raises awareness and voices to advocate for critical malaria funding for the UN, the U.S. President’s Malaria Initiative and The Global Fund to Fight AIDS, Tuberculosis and Malaria.

In partnership with USA for UNHCR, the United Nations Association of the United States of America (UNA-USA) hosts the Adopt-A-Future Campaign (AAFC). Launched in 2016, this campaign provides communities across the United States the opportunity to support refugee children and the efforts of UNHCR to provide quality education.

Between 2016 and 2018, the UN Foundation has helped UNHCR support over 1.5 million refugees across 9 countries through the distribution of long lasting insecticide-treated bed nets and other malaria commodities, such as rapid diagnostics tests, and intermittent preventive treatment for pregnant women. 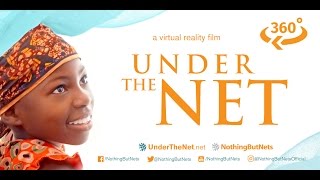 Under the Net: A Virtual Reality Experience 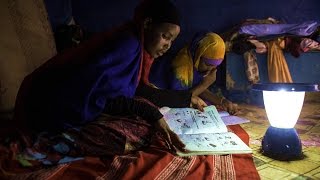 Girl Up – 5 Years of Impact