Since 2008, UNHCR has recorded a fivefold increase in asylum-seekers arriving to the United States from the Northern Triangle region of El Salvador, Guatemala, and Honduras. Escalating violence and rising numbers of people fleeing the region also impact neighboring Mexico.

The most vulnerable, namely women and children, are often the first to flee violence. In 2014, UNHCR released Children on the Run, a study on minors in the United States who had fled violence in the Northern Triangle and Mexico. In August 2015, UNHCR conducted interviews with 160 women who arrived in the United States since October 2013, totaling 63 women from El Salvador, 30 from Guatemala, 30 from Honduras, and 37 from Mexico. Each had been screened by the US Government and had either been granted asylum or found to have a credible fear of persecution if returned to her home country. Women on the Run tells their stories in detail, illustrating the growing refugee situation in the region and describing the staggering levels of violence and persecution that forced them to flee.

This is a looming refugee crisis. Women and children in Central America and Mexico face alarming rates of escalating, targeted violence and persecution from maras, criminal armed groups, including murder, disappearance, assault, rape, and recruitment of children. Particular groups of women, such as police officers, women with children, and transgender women, face disproportionate levels of persecution. Escalating violence from well-connected, armed, and dangerous criminal groups in the region has surpassed the governments’ capacity to respond. When women and children flee, they face obstacles and additional dangers in countries of asylum and transit.

The regional refugee-producing situation requires a regional response, and UNHCR calls on all governments to provide women and children with desperately needed protection.

Access the Women on the Run report for more information. #WomenOnTheRun Women on the Run: The Northern Triangle Women on the Run: Norma's Story 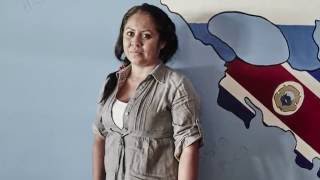 Women on the Run: Alba's Story

Women on the Run - Fact Sheets