During a visit to Uganda, UN High Commissioner for Refugees Filippo Grandi called for action to end the violence in South Sudan that has sent thousands fleeing. ADJUMANI, Uganda – During a visit to Uganda, United Nations High Commissioner for Refugees Filippo Grandi has made a passionate plea to end the human rights violations and atrocities that have sent thousands fleeing South Sudan across the border.

“Peace has to come to South Sudan. The leaders of that young country have to behave responsibly and not continue to ignore the plight of their own people,” said Grandi, after hearing tales of extreme violence from recently arrived refugees. “Humanity is suffering. This has to stop.”

Nearly 90,000 refugees from South Sudan have fled to safety in Uganda since renewed conflict broke out in July between government and rebel forces. The numbers have slowed in the last month, but Uganda is still receiving 800-1,000 refugees per day.

"The leaders have to behave responsibly and not ignore the plight of their own people."

During a three-day visit to Uganda, Grandi visited Adjumani District where a majority of recent arrivals have sought refuge. He spoke with refugees who told harrowing stories of the violence that forced them to leave everything behind, and also urged greater support for refugees in Uganda.

Taban Arikaangjelo barely escaped with his life after being shot at and chased away during a raid on his village by government forces. He made it to Uganda, but told of relatives still trapped inside South Sudan because of armed groups blocking the roads. 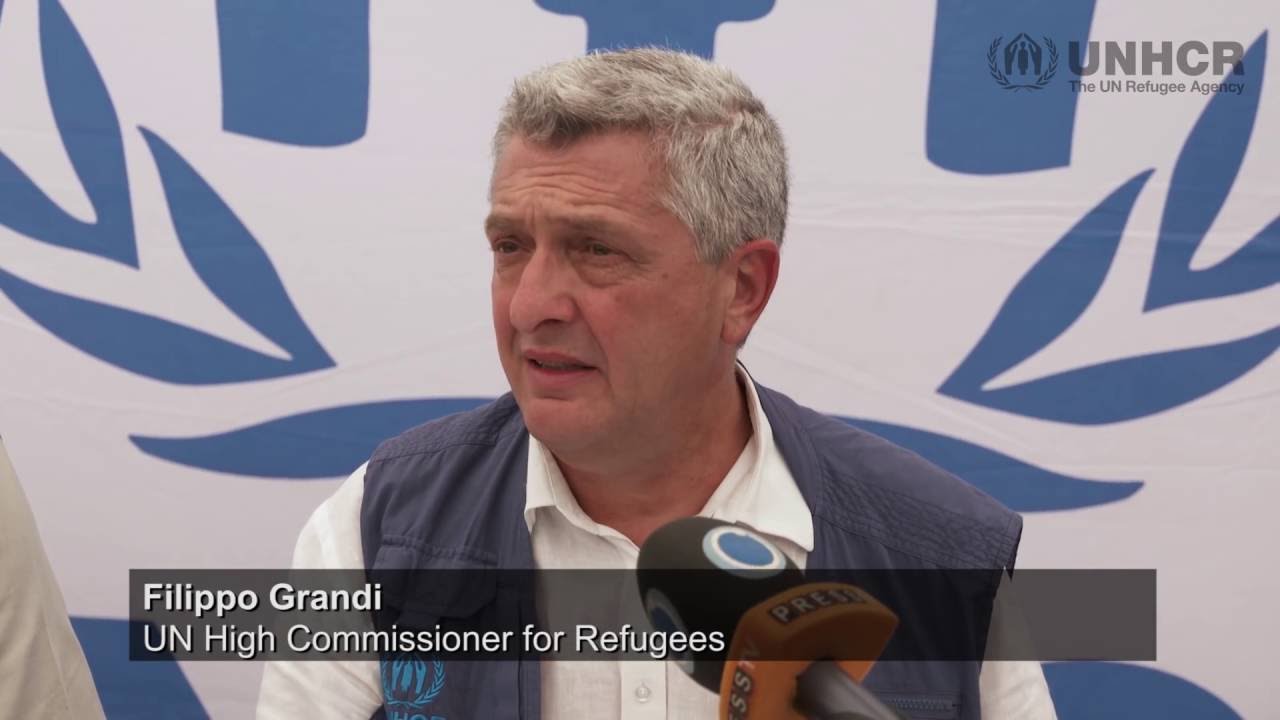 He said Grandi’s call for both peace in South Sudan, and for more help for the refugees in Uganda, sent a powerful message.

“It was important for him to come here and see how we are living, and also to see that we are safe here in Uganda."

After Kenya, Uganda hosts the second largest population of refugees in Africa, with more than 600,000 refugees coming primarily from South Sudan, the Democratic Republic of Congo and Burundi.

The country also has one of the world’s most progressive refugee policies. Refugees live in settlements, rather than camps. The government provides them with plots of land, which allows them to build their own homes, and grow food that can be sold for additional income.

Grandi praised the fact that despite a lack of resources and the large new influx, the Ugandan government has continued to welcome refugees.

“Nowhere in the world have I seen people settled with land, with shelter in less than two months.”

“Nowhere in the world have I seen people settled with land, with shelter in less than two months.” he said.

The High Commissioner called on the international community to offer more support for the humanitarian response to the South Sudan crisis, which is currently funded at only 20 per cent.

“I’m appealing to the international community to pay the same attention, and put the same resources into this response, that it would if the emergency was in a country closer to them,” he said.

The High Commissioner warned that without adequate funding, UNHCR and partners will have a difficult time continuing to meet the needs of South Sudanese refugees, putting hundreds of thousands of them at risk of lack of food, disease and other protection issues.