After explosions rock their home in Syria, a young family set out on a perilous journey in search of sanctuary in northern Europe.

As the outboard motor on the small Zodiac started cutting out, the waves battering its starboard side pushing it back towards Turkey, Dara Mohammed began to regret taking his family on this voyage. 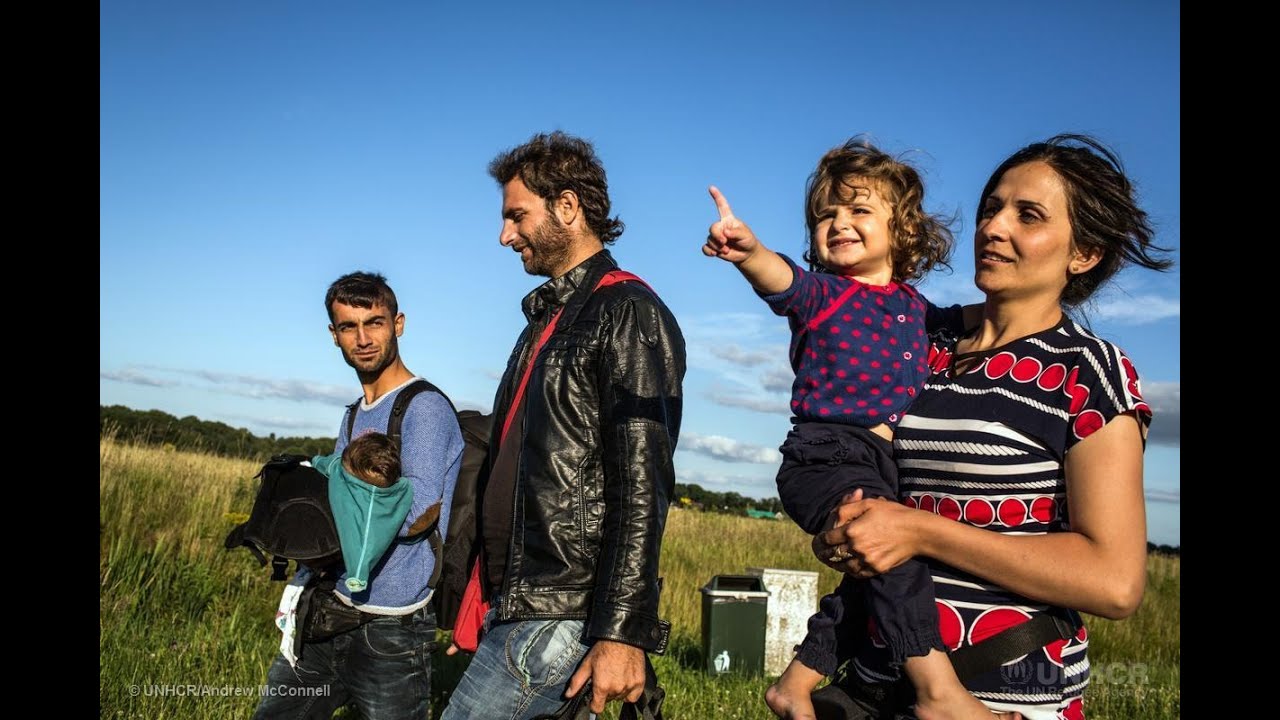 Crammed with 40 people, the tiny vessel was fighting an angry sea on its course towards Europe.

The 29-year-old Syrian had paid the smuggler he found in Izmir US$2,500 to transport his family of four to what he hoped would be safety. The smuggler assured them all would go well.

But the night had turned the aquamarine waters of the Aegean black.

Dara pressed his two-year-old daughter, Lamar, to his chest and pulled his wife, Naleen, who was holding their baby son, Pulat, close.

Little Lamar kept silent, recognising the fear in her mother's eyes as the small Zodiac struggled towards the Greek island of Lesvos. The two-year-old had seen this same fear before, when explosions shook their house in Syria. She saw it again as they fled for their lives soon afterwards, and she had seen it many times since. Naleen holds her two-month-old son, Pulat, during the ferry journey from Lesvos to Athens.  © UNHCR/Andrew McConnell

But their collective prayers were answered as the little boat struck shore. Tears of joy, photographs and phone calls followed as they let family members know they had made it.

It was on the beach of the small fishing village of Skala Sikaminias, under the light of the Church of the Mermaid Madonna that we first met Dara and Naleen and their family. Like so many others, they had nothing but their mobile phones, some money, a bag for the children and the clothes on their backs.

"We counted ourselves among the dead until we arrived here," 23-year-old Naleen told us, crying the tears of a mother forced to risk the lives of her children. "We were so scared. It was indescribable fear. If we had fallen into the water, nobody could have rescued us."

"We counted ourselves among the dead."

In the early hours of dawn, the soft light of a Greek island morning reflected off the carcass of the rubber dinghy they came in. It had been slashed close to the shore, so that just like its passengers, it couldn't go back.

"Our life was destroyed. We saw many people slaughtered in front of our eyes. We don't dare go back," Naleen said, huddled under a tree.

Dara and Naleen were among the thousands who fled Kobane, the Kurdish village on Syria's border with Turkey, which was overrun by militants.

"When I received the photos of my house, and I saw the absolute destruction, I collapsed and cried. I couldn't stop," she said, showing us the pictures on her phone.

The house was destroyed by coalition airstrikes against armed insurgents who took up position there.

"I sold my marriage gold just to have my own house, so that my children will have a settled life, and it's all gone."

"I sold my marriage gold just to have my own house... It's all gone."

In the oppressive July heat, the family and their group waited for a bus that never came. They were forced instead to walk most of the way to the capital, Mytilene, around 70 kilometres along mountain roads, carrying children and possessions on their backs.

Dara and Naleen were only one family who risked their lives this year to reach Europe by sea. But this was just the beginning of a perilous journey in search of sanctuary in Europe. They let us share their journey, and this is their story.