She may sit under a parasol on an island, but Nasreen is no tourist. A two-time refugee, her love of painting is driving her onwards to find home.

A face, long and elegant. A face sculpted by war and sadness. A life in exile and then further flight – this is how Nasreen defines herself and her story. 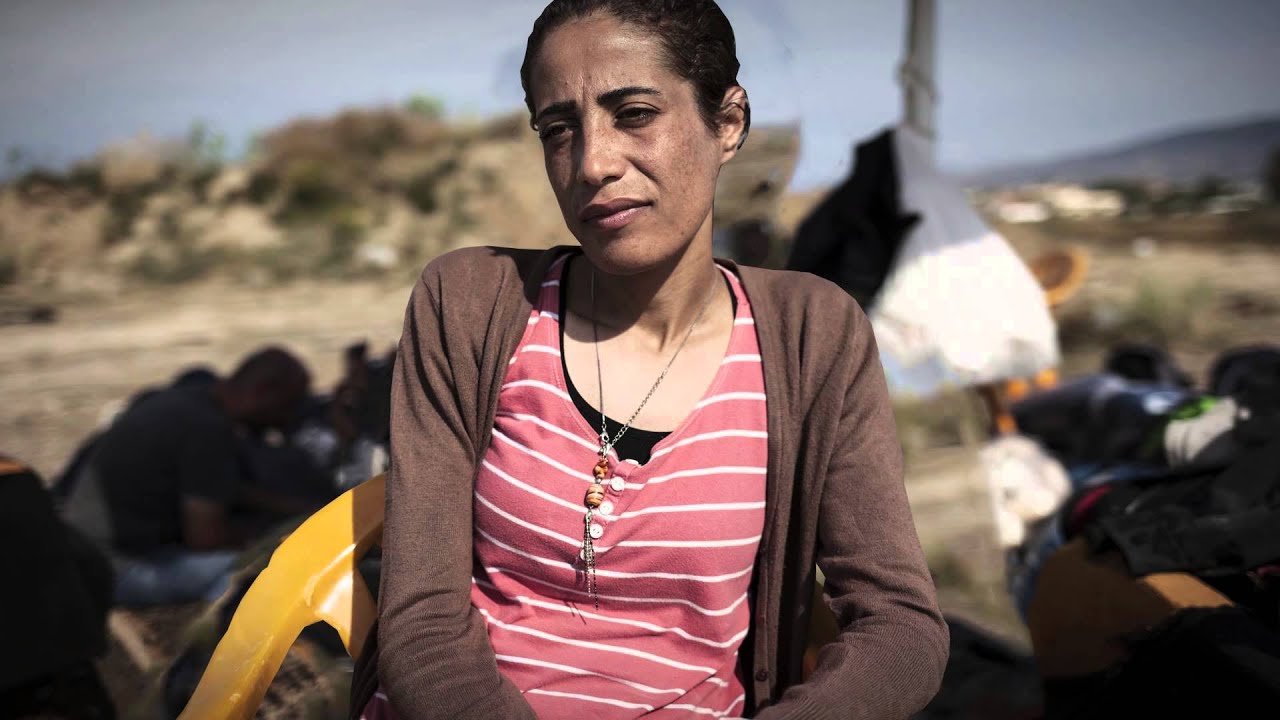 When we met her, Nasreen was sitting, quiet and composed, in an armchair under a parasol outside a small hotel on the island of Kos, in Greece. Tourists come to this island for its peace and beauty, but Nasreen is not a tourist. She is a refugee, a Palestinian-Syrian, haunted by memories of war and relentless bombing.

"People had to go down to the bomb shelter. It was just 25 square metres, and there were 1,000 people in the shelter, maybe a few more, and among them a lot of women and children," she said. "It was tragic. For three days we had no food or water. Even the bomb shelter was bombed, at the entrance. One young man was killed. Many were injured."

Nasreen, like her brothers and her mother, held out. She is 30, and a painter. Her life was her family and her art. Then the shrapnel from a mortar ripped into the arm and lungs of one of her brothers. He survived but his arm was now a useless appendage and his lungs terribly scarred.

Nasreen moved with her mother to Khan al Shih, a camp next to Yarmouk. It, too, was bombed but the attacks were less fierce. But the men of Yarmouk were all trapped by the siege.

Nasreen held on, but after four years there was no longer any art, only war. "I had no tools left for paintings. A lot was breaking inside me."

Her mother, the person closest to her, urged her to flee, to join her brother-in-law Ahmed and his family in Turkey, and then to flee further. In May she left, slowly, painfully – stopped at a dozen checkpoints where she watched men being dragged from buses and beaten.

After two weeks in Turkey she and her brother-in-law set out again to cross into Europe. In the narrow strait between Turkey and the island of Kos their boat almost capsized in heavy waves. She thought they were going to die.

"Homeland is not a country, it is the people I love, my family. My real homeland is inside me."

This quiet and composed woman sitting in the armchair was simply exhausted. She had arrived the day before. The Captain Elias hotel housing hundreds of refugees offered little comfort. It was disused with no running water or electricity. Greek volunteers distributed food donated by restaurants and hotels to new arrivals.

Kos, indeed Greece, are only way-stations for Nasreen and the others. She and her brother-in-law hope to reach the Netherlands where his sister lives. Another flight, another country where she will live as an outsider. Quietly, holding back tears, she articulates a credo that many refugees cling to.