Efi Latsoudi, joint winner of this year's Nansen Refugee Award, has worked hard to provide Muslim refugees who have died at sea with proper burials in Greece.

Efi Latsoudi takes a moment to reflect at a cemetery where many refugees who drowned in the Aegean Sea now lie.
© UNHCR/Gordon Welters

On a hill overlooking Lesvos, many refugees who drowned in the Aegean Sea lie buried beneath mounds of earth. Their final resting place can be found in a narrow plot of land at the rear of a cemetery, beyond the elaborate tombs and memorials for the Greeks buried here. Although small numbered plaques are their only markers, this is a closure hundreds of others may never know.

Efi Latsoudi, joint winner of the 2016 Nansen Award, and others on the island have played an integral role in the burial of refugees who lost their lives in the Aegean Sea over the years. It is a responsibility they feel deeply.

"When a person dies alone in a foreign place and nobody respects his death, it is like cancelling his whole life.”

Latsoudi is a human rights activist who helps to run PIKPA village on Lesvos, where thousands of vulnerable refugees have found sanctuary since 2012. By 2015, with boats arriving on Lesvos by the hour, this open accommodation area had become a lifeline, hosting around 600 people every day, despite a capacity of just 150. More than 2,000 meals were prepared on site daily.

“It was overwhelming,” recalls Latsoudi. “We couldn’t survive with the few volunteers that we had before, so others became involved. The situation became enormous and the level of solidarity was huge.”

But while arrivals were growing, so too were the deaths at sea. 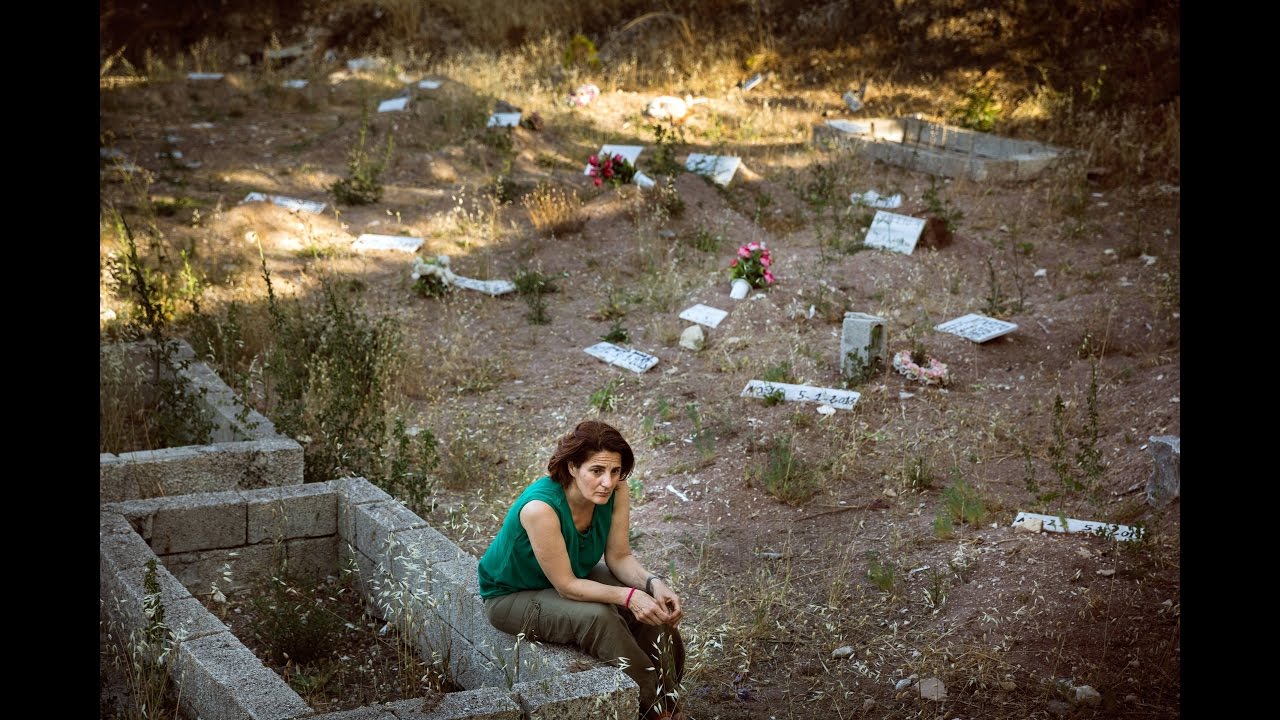 Latsoudi can still remember the horror she felt back in 2006 when she first saw the death certificates multiplying. “I thought, it is not possible that this is happening next to us and we don’t know anything,” she says.

Her tireless efforts to help with burials began when she met a young Afghan refugee on the island, who introduced her to the importance of giving Muslims proper religious burials.

"He told me about how people would look for their relatives, how they contacted him – how the funerals were not the way they do it,” Latsoudi recalls. “They didn't respect their tradition or rituals at all."

Now, thanks to her work, Lesvos has a dedicated Muslim cemetery so refugees can lay their loved ones to rest according to their faith.

“I remember from June to August in 2015 we had funerals every day,” Latsoudi recalls. "It was something inhuman – I don’t know how I did it. Every time we had a burial, I was thinking it was the last time. And I still cannot accept it."

"I believe that this will stop, because it has to stop. There is no meaning in these deaths. It is a huge injustice to die trying to save your life and your children in this friendly sea. It doesn’t make sense.”