Duret and his family have finally found peace in Portugal, far from the violence and persecution that haunted their previous lives.

The family stand outside their new home in Batalha, Portugal.
© UNHCR/Bruno Galán Ruiz

At a ceramics factory in the small town of Batalha, Duret is loading plates and bowls onto a conveyor belt, ready for the kiln. After 10 months on the job, he is becoming used to the rhythm of working life in Portugal, his adopted home.

“When we came here, we didn’t even know how to say ‘Hello’, we didn’t know anything,” says Duret, straining to make his voice heard over the steady hum of machines. “But once we learnt a bit of Portuguese, we found there was no difference between us and our colleagues. We all work together.”

Next to him on the production line are his in-laws, Jamal and Hani. All three men are from an extended Palestinian Iraqi refugee family who were relocated to Portugal a year ago, as part of the European Union Relocation scheme.

“We believe we have a social responsibility,” says human resources manager Roberto Madeira. “And we need competent people to work. We are the biggest employer in the area and we need to fill our quota of workers.” 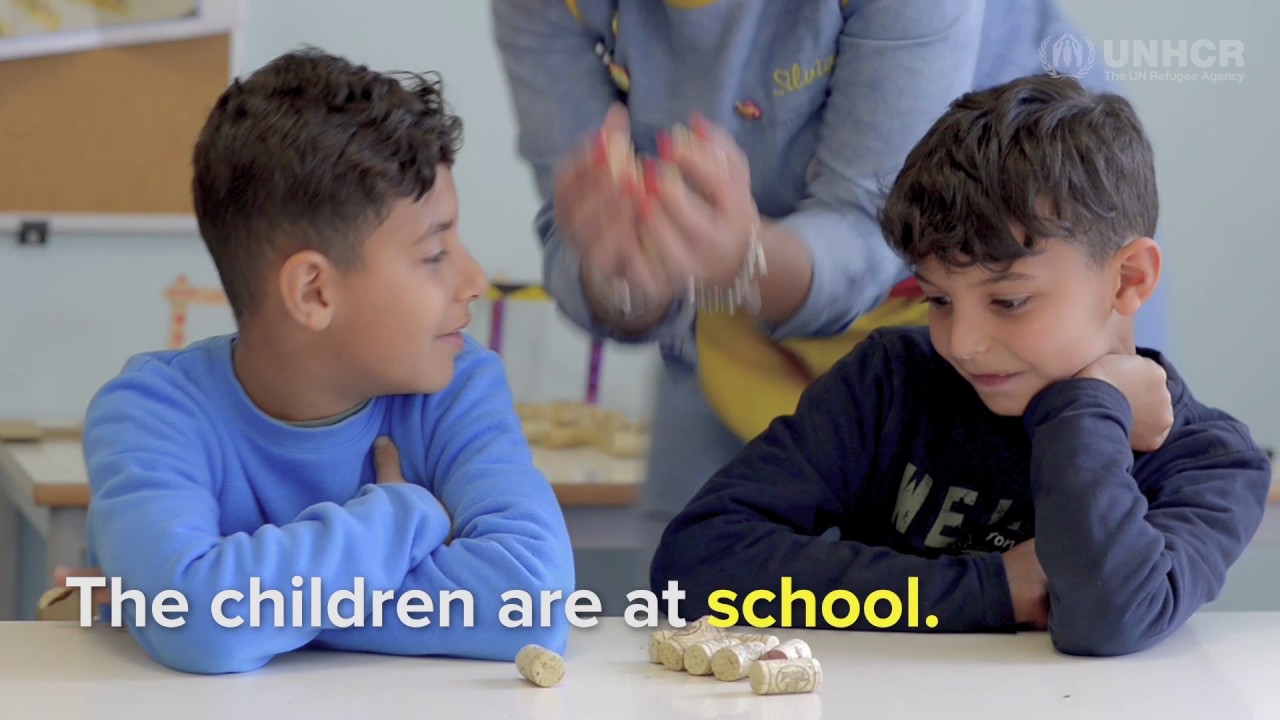 The Duret family are now settling into the small community of Batalha, Portugal.

“We believe we have a social responsibility."

Since 2015, Portugal has played an active role in relocation, relocating over 1,200 refugees in towns and cities across the country. Prime Minister António Costa has upped his country’s pledge from 4,000 to 10,000 in what many see as an attempt to boost the country’s economy.

Portugal was hit hard by the global economic crisis and many of the country’s youth have been forced to leave in search of jobs. Many refugees did not consider it as a possible new home.

Batalha’s local councillor Cintia Silva believes the country has a lot to offer the newcomers. “The success of our process is that the private sector is involved too, even the social sector – everyone is working together,” she says. “It is easier to work with small communities and if everyone is working for the same goal, for integration. The refugees feel that they are wanted and needed here.” Matt Ceramics Factory is one of the largest employers in the area.  © UNHCR/Bruno Galán Ruiz

Small town life clearly has its advantages for Duret’s four-generation family, who have been uprooted three times in their lifetimes. It all began in the violence of 1948, when grandmother Taqia, now 77, fled the town of Haifa, where she was born, for Iraq. She lived in Baghdad for over 50 years, until the fall of Saddam Hussein in 2002.

But after violence and instability ripped their neighbourhood apart, the family felt they couldn’t stay. The final straw came when Taqia’s grandson was kidnapped and held to ransom. As soon as they secured his release, part of the family fled to Syria, while the other half left for Libya. Neither countries offered lasting stability.

In 2012, family members in Syria joined the others in Libya after missiles hit their home. Then, when Islamic extremist arrived in the Libyan city of Sirte, they were forced to flee once more. “It was terrible,” recalls Duret. “There was no security. There were executions in the streets that they forced us to watch and I didn’t want my children to see that. My wife had to wear the niqab – she was afraid to leave the house and we were robbed many times.” In September 2015, all eight members of the family boarded a small boat, along with over 500 passengers from Africa and Syria. Smugglers only allowed them to take one small bag of food and water. For a day, they floated at sea, terrified, until they were spotted by an Italian rescue boat.

Taqia’s daughter Sawan still remembers her relief. “The moment they came to save us and put us in the big boat, I felt like I had been born again. I knew we were safe. We had turned a new page.”

For the next year, the family were moved from one reception centre to another on the island of Lampedusa, and finally to Rome.  Their initial hope was to join other family members in Sweden, but then they opted to take part in the relocation scheme.

"Even for us, we are learning every day. It is nice to have different cultures."

A year into their new lives in the small town Batalha, the family have become part of this small community. The boys go to the local school and speak fluent Portuguese. Taqia takes part in regular exercise classes at the town hall, whilst Sawan and her daughter Tahani have become regular faces at the market. Every week, a local teacher comes to the house to give the adults language classes.

"Everyone knows them,” says councillor Cintia. “They are all our friends, we go to their houses, they are always inviting us to tea, to dinner, to try different foods. And, even for us, we are learning every day. It is nice to have different cultures, so everyone is learning with this experience.”

Two months ago, the family welcomed the latest arrival, Adam, who was born at the local hospital in Batalha. Looking at his son, Duret explains what this new chance has meant for all four generations of his family. “As Palestinians who left in 1948, we have been refugees for more than 70 years," he says. "The most important thing for us is that we have stability, which we never had in Iraq, Syria or Libya.”