“I have travelled twice before in my life, but the last two times we travelled we were escaping. This time I am going to live a new life.”

Nine-year-old Mahmoud fled the conflict in Syria to Egypt. Traumatized by the ordeal, he was resettled with his family to Sweden. Mahmoud doesn’t like to look back, for the past is still too painful to recall.

He is determined to make the most of all that is on offer in his new life in Sweden.

Many refugees cannot go home because of continued conflict, wars and persecution. Many also live in perilous situations or have specific needs that cannot be addressed in the country where they have sought protection. In such circumstances, UNHCR helps resettle refugees to a third country.

Resettlement is the transfer of refugees from an asylum country to another State that has agreed to admit them and ultimately grant them permanent settlement. UNHCR is mandated by its Statute and the UN General Assembly Resolutions to undertake resettlement as one of the three durable solutions. Resettlement is unique in that it is the only durable solution that involves the relocation of refugees from an asylum country to a third country. There were 20.4 million refugees of concern to UNHCR around the world at the end of 2018, but less than one per cent of refugees are resettled each year.

Only a small number of States take part in UNHCR’s resettlement programme. In recent years, the United States has been the world’s top resettlement country, with Canada, Germany, the United Kingdom, Australia and the Nordic countries also providing a sizeable number of places annually.

Resettlement States provide the refugee with legal and physical protection, including access to civil, political, economic, social and cultural rights similar to those enjoyed by nationals.

In 2019, UNHCR submitted the files of over 81,600 refugees for consideration by resettlement countries. Among them were some 29,700 refugees from the Syrian Arab Republic, 19,000 from the Democratic Republic of the Congo, 5,900 from Afghanistan and 4,400 from Somalia.

Resettlement is a life-changing experience. It is both challenging and rewarding. Refugees are often resettled to a country where the society, language and culture are completely different and new to them.

Providing for their effective reception and integration is beneficial for both the resettled refugee and the receiving country. Governments and non-governmental organization partners provide services to facilitate integration, such as cultural orientation, language and vocational training, as well as programmes to promote access to education and employment. 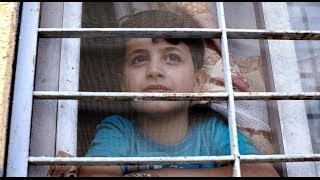 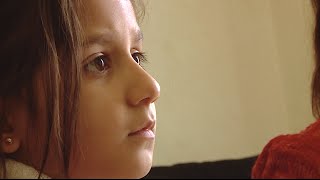 Haunted by war, a Syrian family gets a new start in Canada Refworld contains a wealth of documents, including statistics and legal, policy and background information.

The Three-Year Strategy (2019-2021) on Resettlement and Complementary Pathways