Born in Beirut, singer MIKA has been supporting UNHCR, the UN Refugee Agency since 2014. In 2015, MIKA returned to Lebanon with UNHCR to spend time with some of the 1.1 million refugees who had been forced to flee their homes due to the ongoing conflict in Syria. He undertook extensive interviews and shared films, photos and writing from his visit in the months that followed. 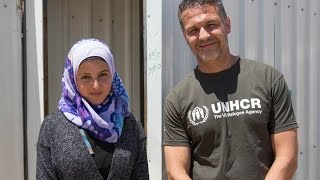