British actor, producer and model Theo James has been a High Profile Supporter of UNHCR, the UN Refugee Agency since 2016. Theo has supported UNHCR’s work through visiting Greece and following the story of a Syrian refugee, as well as attending fundraising and advocacy events, and lending his talents to UNHCR projects.

In 2019, he used his acting talents to provide the voiceover for a video for UNHCR’s High Level Segment on Statelessness, a forum which gave an opportunity for UN Member States to announce key achievements that have been made to address statelessness worldwide since UNHCR launched the #IBelong Campaign to End Statelessness. 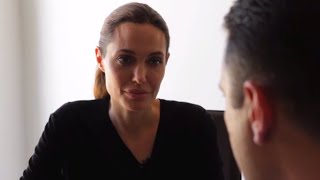