The detention of asylum-seekers and refugees, often in jail-like facilities, has become commonplace in a number of countries around the world and has serious lasting effects on individuals and families.

Photo: ‘Holot’ Detention Facility. From 2013 to 2018, Eritrean and Sudanese single males arrested under the Anti-Infiltration Law were transferred to ‘Holot’ in the Negev Desert. Holot was closed in mid-March 2018.

For years, UNHCR has been calling on States to revisit their detention policies and practices because:

Seeking asylum is not an unlawful act, and as such, even those having entered or remained in the territory of a State without authorization are protected from penalization, including penalization in the form of detention or other restrictions on their movement. International law therefore requires that the detention of asylum-seekers and refugees must be an exceptional measure of last resort after all other options have been shown to be inadequate in the individual case. Alternatives to detention should always be sought first, and there are quite many of them, ranging from the least intrusive to the most enforcement oriented.

The mere fact that the detention measure imposed on an individual is in accordance with and authorized by the State’s immigration law does not necessarily make it justified and lawful. The detention must be found reasonable and necessary.  Reasonableness and necessity depend on the proportionality of the measure with its intended objective. This implies that consideration must be given first to less invasive means of achieving the same ends (hence, alternatives must be sought). In all cases, detained refugees and asylum-seekers should be able to obtain review of the legality and the necessity of detention. Detention that is not subject to effective judicial review is arbitrary.

And where detention is found necessary for the purpose of identifying refugees and asylum-seekers in the initial stage of the asylum process, conditions of detention should meet international standards for a minimized period In particular, detention should not be extended for the purposes of punishment, or maintained where refugee status procedures are protracted.

What is immigration detention?

“Immigration detention” involves the holding and/or confinement of people subject to immigration control, including asylum seekers, while they await permission to enter a country or before they are removed from a country. It occurs in a range of locations, including at prisons and purpose-built holding facilities administered by public authorities or private contractors, or at the “international zones” of airports. Detention orders may be authorized by an administrative or judicial procedure, but also occur without lawful authority.

Immigration detention is intended to differ from ‘regular detention’, in which people suspected or charged guilty of illegal activity are confined in a closed place that cannot be left willingly. Immigration detention is not designed as a criminal procedure and does not indicate unlawful activity. However, law-abiding asylum seekers are sometimes imprisoned against their will and subjected to procedures that much more resemble criminal detention.

Seeking asylum is not illegal. People fleeing war and persecution should not be punished or criminalized for exercising their right to seek asylum. The detention of refugees and asylum seekers should only occur in the absence of viable alternatives, and when it is necessary for protecting public order, public health, or national security. In this case, detention should be used as an opportunity to confirm identity, conduct a preliminary asylum interview, or verify security concerns. Beyond these reasons, detention can be considered arbitrary and unlawful under international law, even if entry to the country was illegal.

Detention of Asylum Seekers in Israel: Laws, Facilities, and Exceptions

Monitoring national detention systems to ensure the fair treatment of asylum seekers and access to asylum procedures is one of the key functions of UNHCR worldwide. In Israel, UNHCR works closely with the relevant authorities in carrying out this task.

Over the course of the campaign, which ran from 2015-2019, UNHCR Israel trained 459 individuals from across Israeli society – government officials from various ministries, legal advisors of Parliamentary Committees, the Inter-Ministerial Working Group on victims of torture, medical professionals, judges and staff of the Appeal and Detention Review Tribunal, and NGOs. The focus of the training was on asylum law and UNHCR detention guidelines, vulnerable groups, detention alternatives, and vulnerability screenings and referrals. To lead the trainings, UNHCR brought in international detention experts from UNHCR Geneva, the International Detention Coalition, Foundation House for Survivors of Torture, Belgium, Sweden, and the U.S.A. to present Israeli decision-makers with detention alternatives that have succeeded abroad and that could be implemented in Israel.

As an outcome of this campaign, UNHCR helped reduce the number of children in detention from 108 in 2013 to 0 in the following years, advocated for a project that identified and exempted from detention 100 vulnerable torture victims, and provided them with rehabilitation, health care, and housing support. 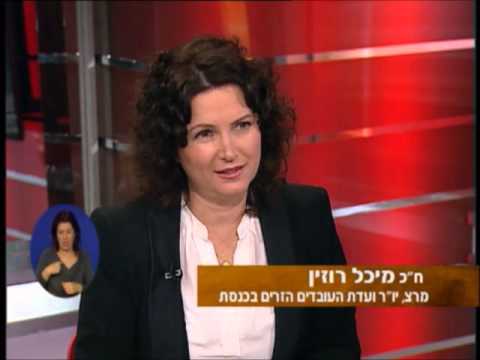