The refugees now have a smart card with encrypted personal information that will prove useful as they plan for their future beyond the camps. In Thailand's Tham Hin camp, a UNHCR staff member captures the iris scan of a refugee from Myanmar for the new biometrics system.   © UNHCR/R. Arnold

Between January and May this year, UNHCR and the Royal Thai Government verified and updated the records of nearly 110,000 registered and unregistered refugees from Myanmar with the help of UNHCR's new biometrics identity management system (BIMS).

Thailand was chosen as the first site of the global roll-out, complementing plans to verify the bio-data of the camp population. Regular registration in the camps had been suspended 10 years ago, and the need to have updated information on family composition, births, deaths and marriages was growing increasingly urgent.

"The situation in Myanmar is changing and refugees are finding their own solutions outside the camps," said Mireille Girard, UNHCR's Representative in Thailand, noting that small numbers have started to return home on their own. "By understanding their family and individual situation in the camps - including those of the most vulnerable refugees - we can further improve our assessment of their situation before and after any movements. This will also enable us to target assistance and monitor more accurately."

Implemented jointly with Ministry of Interior officials and supported by UNHCR's NGO partners, the exercise involved close scrutiny of existing documents and physical verification of entire households. Refugee leaders in each camp helped to mobilize the population and encourage them to participate. The result is the most comprehensive protection and statistical review of this refugee population in 10 years. A refugee in Tham Hin camp examines her new smart card containing a link to her family's bio-data in UNHCR's database.  © UNHCR/R. Arnold

Using BIMS meant that for the first time in UNHCR's history, each refugee's fingerprints and iris scan were collected and securely stored in UNHCR's online database, retrievable from anywhere in the world.

"Biometrics will help refugees in the future as it ensures that once they've been through the system and enrolled with their fingerprints and irises, we'll always know who they are," said Sam Jefferies, UNHCR's Associate Biometrics Deployment Officer in Geneva. "If they lose their documentation, they can always come back to us."

Bringing staff and technology to some of Thailand's most remote areas proved to be a logistical challenge. It involved transporting satellite equipment to camps with no phone or internet access, and moving delicate gear and over 75 UNHCR staff across rivers and over hundreds of kilometres of winding mountain roads along the Thai-Myanmar border in the span of 13 weeks.

At the end of the verification exercise in Thailand, the refugees each received a smart card with their family's bio-data and photographs - securely encrypted and retrievable with UNHCR card readers even in remote places with no internet access.

"With these cards we don't need to travel around with heavy equipment like a server," said UNHCR Representative Girard. "In the event of voluntary return, our teams in Myanmar will have a card reader in their backpack when they visit the field to document what has happened to returnees, and if they have received reintegration assistance. We will also pass on that information to other humanitarian actors and the authorities on the ground so that they can plan and deliver services in places where they are needed."

John Smith, a refugee who works for the Karen Refugee Committee in Tham Hin camp in Ratchaburi province, said, "This verification is very important for me and for others who are refugees. The card can be decisive for our life in the future. If we have a chance to go back [to Myanmar], it will be good evidence for us to show to UNHCR or the Thai government. I tell the others to keep their smart card in a safe place, with their most precious things." 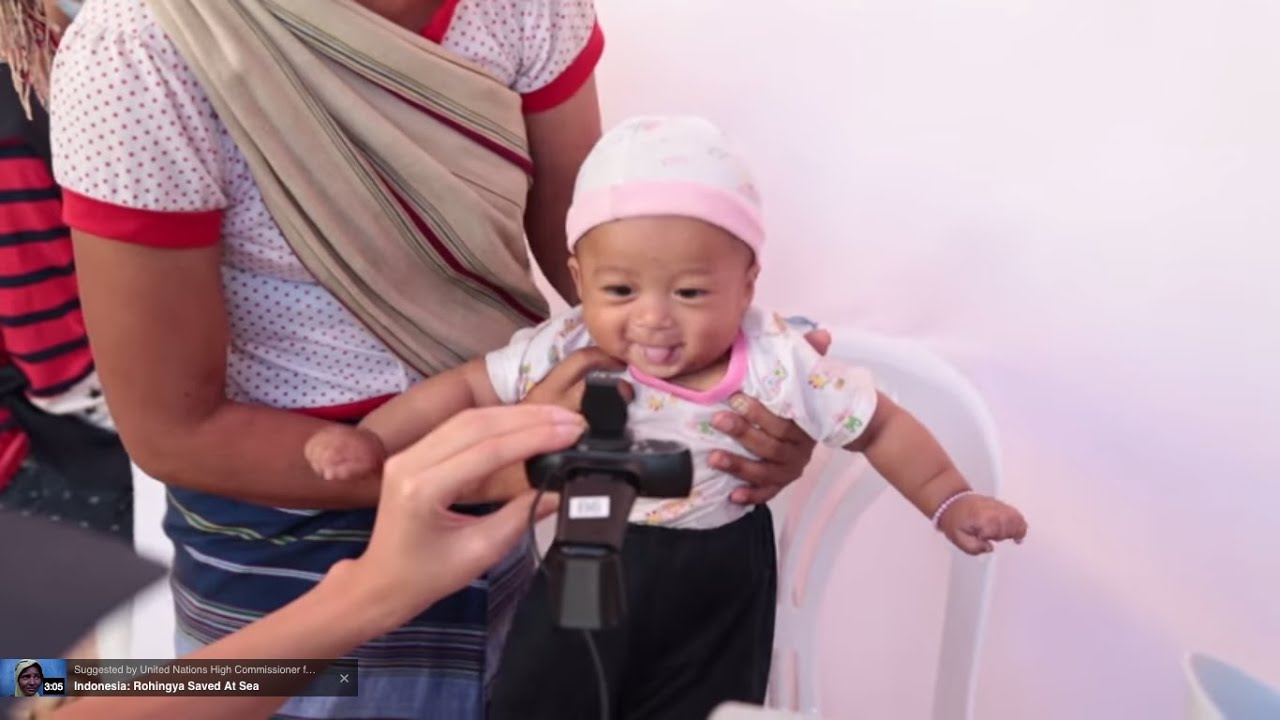