Syrian teenager's cancer treatment makes him one of the lucky few

Sameh was diagnosed with a brain tumour at age three. Now 14, and a refugee in Jordan, he received UNHCR funding for surgery. He's one of the lucky ones. Syrian refugee Sameh, aged 14 years, shares a light and loving moment with his mother and brother in their apartment on the outskirts of Amman. With the help of UNHCR, he has been receiving treatment for cancer.  © UNHCR/S.Baldwin

ZARQA, Jordan, May 26 (UNHCR) - As evening approaches on the outskirts of the Jordanian capital, Amman, 14-year-old Sameh heads onto the street outside his apartment block with other young Syrian refugees from the neighbourhood. But while the other boys enjoy a boisterous game of soccer, he stands quietly to one side and looks on.

Since being diagnosed with a brain tumour at the age of three, Sameh has not been able to do many of the things he would like, such as kicking a ball around with friends or, more recently, going to school.

"I can't play. When I kick the soccer ball, I fall," he says. His condition makes walking difficult, and he is also sensitive to noise and light, which intensify his excruciating headaches. As a result, he can no longer attend school despite never learning to read properly.

Things were better back in Syria, he says. He would go with friends to the fields near his home in Al-Hirak and play until sunset, or hang out at a bookshop owned by the father of one of his friends.

Getting treatment for Sameh's cancer was also easier in Syria, his mother Ghada explains. Following his initial diagnosis and a first round of surgery, the tumour returned six years later, forcing him to have a second major operation before his 10th birthday.

They never had problems gaining access to hospitals in Syria, she says, even when they had to travel to the capital Damascus for the second operation. All the treatment was provided for free, and Ghada's husband was there to support her during their son's illness.

But that all changed after conflict engulfed the country. Sameh's father and 15-year-old brother were killed in August 2012, and five months later the fighting forced Ghada - who was seven months pregnant - to seek refuge with her four other children in neighbouring Jordan.

Within weeks of arriving at the Za'atari refugee camp, Sameh collapsed while walking through the camp. His headaches were stronger than ever before, and the painkillers he took had no effect. He was sent from the camp to a UNHCR-supported hospital run by the Jordan Health Aid Society, where a brain scan revealed a tumour requiring further surgery.

Providing basic health care to the more than 600,000 Syrian refugees registered in Jordan has already placed a huge burden on the country's health services and the international aid effort. For more expensive treatments for cancer and other non-communicable diseases, there is simply not enough money to treat every case. That requires UNHCR and its partners to make difficult decisions over who receives treatment given the limited funds available.

The issue is addressed in a UNHCR study, published yesterday by The Lancet Oncology, which documented hundreds of refugees in Jordan and Syria denied cancer treatment due to limited funds.

The decisions on who to treat fall to the medical experts who sit on UNHCR's Exceptional Care Committees (ECCs), who between 2010 and 2012 were forced to reject more than half of all cancer treatment requests by refugees in Jordan due to the lack of funds, according to The Lancet Oncology.

Sameh was one of the lucky ones. After a four-month wait, the ECC approved UNHCR funding of around 12,500 Jordanian dinars (US$17,640) for two rounds of surgery at the Jordan University Hospital in Amman.

Despite this financial support, Sameh continues to face obstacles in obtaining care in Jordan. Travelling from their current home outside Amman to the hospitals in the city centre requires expensive transport.

Ghada says she had to borrow money or sell some of the food vouchers the family receives each month from the World Food Programme to pay for taxis and other expenses. Following a second operation to try to remove the tumour in November 2013, a bureaucratic delay at the hospital has meant that Sameh has yet to receive a US$388 scan to see whether the procedure was a success, or whether he will need further treatment.

Sameh sits quietly next to his mother in their fifth-floor apartment as the sounds of children playing in the street below drift through an open window. His thoughts are focused on the future.

"I want to go back and tour Syria to forget the time I stayed at home in Jordan. I'm staying all day long at home," he says. "I want to go back to Syria because all of my friends are there. My friend's father owns a bookshop and we used to hang out there, so when I grow up I will own my own bookshop."

By Charlie Dunmore and Joslyn Massad in Zarqa, Jordan 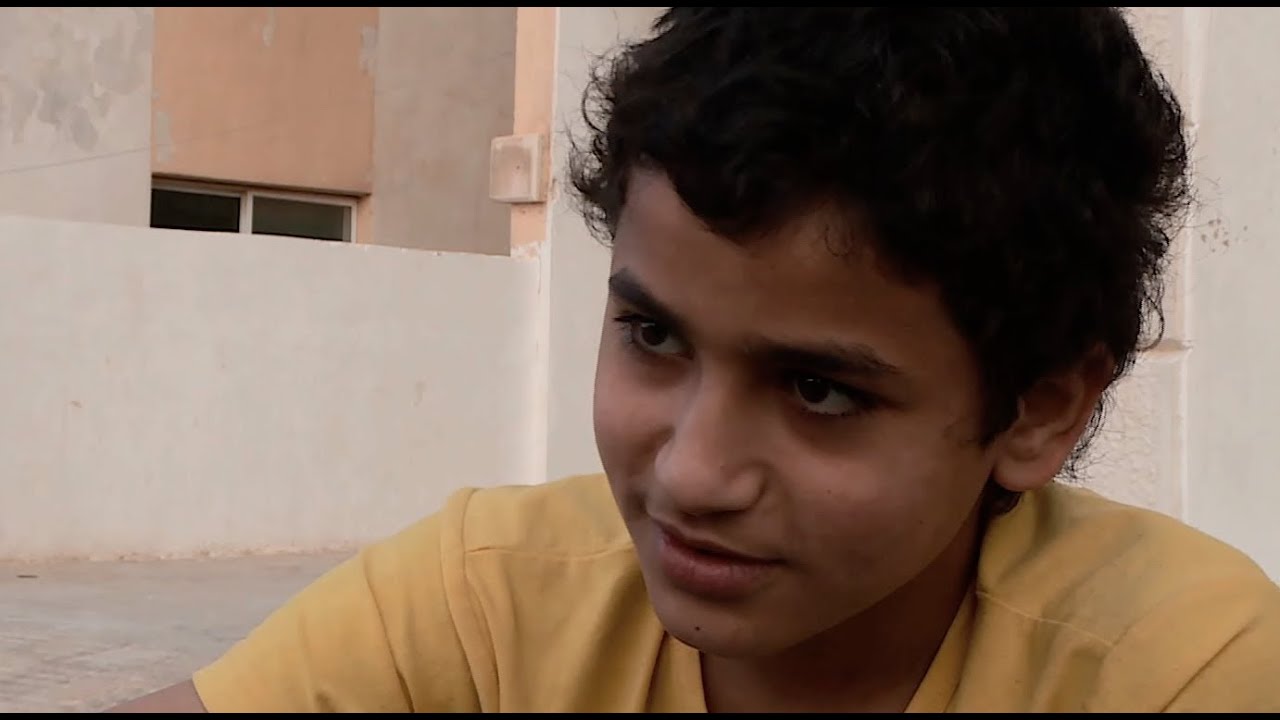