Filippo Grandi toured Turkey's Nizip I and II camps, home to almost 16,000 refugees, in his first visit to the field as High Commissioner NIZIP, Turkey, Jan 15 (UNHCR) - "A visit to the front line in the world's largest refugee crisis." Those were the words of Filippo Grandi, the UN High Commissioner for Refugees as he toured one of Turkey's many refugee camps near the border with Syria.

Southeast Turkey is home to more than a million Syrian refugees, 220,000 of them in camps. Turkey itself has welcomed 2.5 million Syrians and hundreds of thousands of others, notably from Iraq. It is the largest refugee hosting country in the world.

At the Nizip I and II camps, home to almost 16,000 refugees, some of whom fled their country four years ago, Grandi said the choice of his first visit as High Commissioner was to send a message to the world that Turkey is doing a wonderful job handling the huge number of displaced people.

At the camp he was greeted by Fuad Oktay, the president of the Disaster and Emergency Management Authority, AFAD, which manages the refugee camps, and the Deputy Governor of Gaziantep province, Halil Uyumaz.

His goal was meet and talk to refugee families.

In Nizip II, a container camp with almost 4,900 residents, he was welcomed by Fatma, Ahmed and their three children. Two other children were killed by shrapnel when they and their parents were looking for safety near Aleppo. The traumatized family then fled Syria three years ago.

"I asked her if she wants to go back and she had no hesitation. She said for sure, but when peace comes," Grandi said in a video. "So peace has to come for these people. The situation has been going on for far too long. But I am glad that I started from here. It gives me both a sense of the despair but also of the hope and possibility of better times, if the politics turn in the right direction."

Just down the road Nizip I is a tent camp, opened four years ago. It now houses 10,800 refugees, 55 per cent of them children under 18.

Emra is a widow raising three of those children. She fled Syria a year ago after her husband was killed in the war. One of her boys, Mohammed, is deaf and mute. He also has a chronic condition that has left his legs stunted and stiff.

"I couldn't stay any longer," she told Grandi. "I had a disabled boy and no money. I had to come to Turkey to save my children."

In answer to the High Commissioner's question, she said the camp, run by the Turkish Government, provides her with vouchers for food and her son goes to a hospital in Gaziantep for treatment.

"It reminds us that in the end this is about people suffering unimaginable situations," Grandi said. "But they are strong."

The camps, run by the Turkish authorities, and supported by UNHCR, have become part of the fabric of Turkey. The refugees here told the High Commissioner they have been well taken care of here. But their lives, without their country, are half lives. And their hope, as High Commissioner Grandi heard, was for the war to end to allow them to lead full lives again.

By Don Murray in Turkey 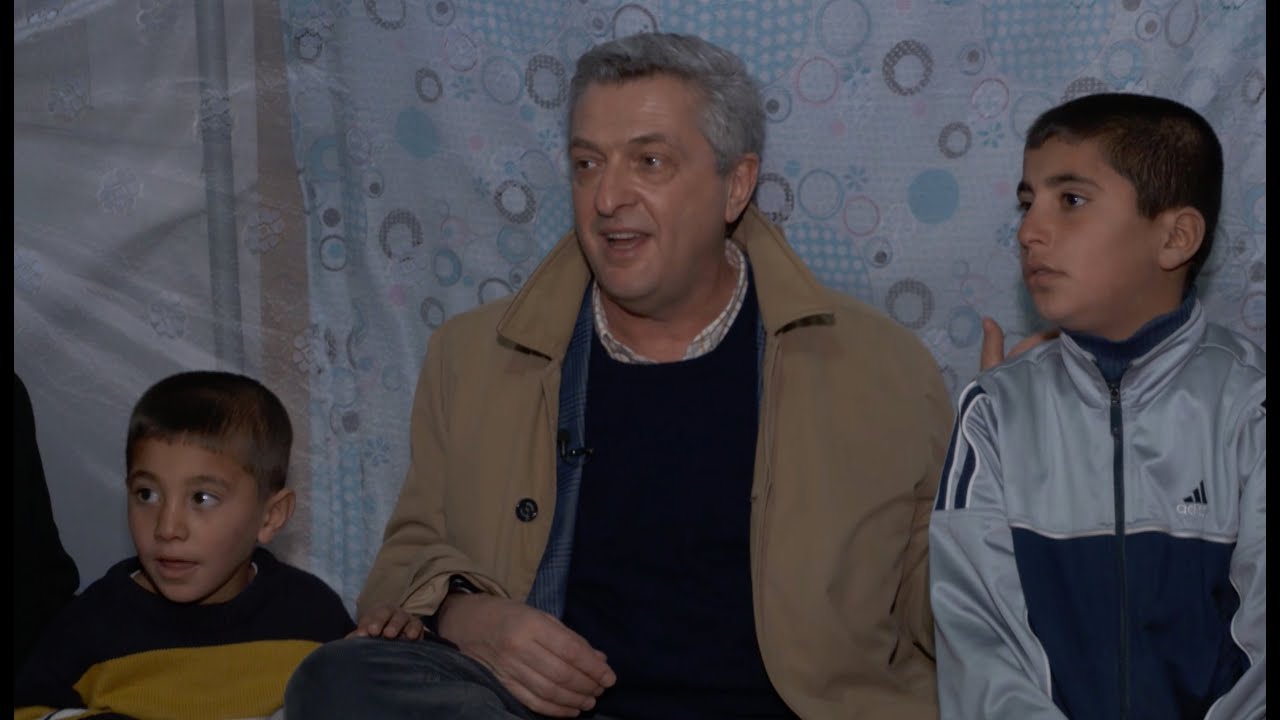