Cate Blanchett was announced as Goodwill Ambassador for UNHCR, the UN Refugee Agency in 2016.

In January of 2020, Cate appeared at the Berlin Film Festival for the premiere of the TV series, Stateless, which she co-created and executive produced. The show touches on issues of asylum, detention and broader themes of identity as well as providing an opportunity to examine the issue of statelessness. Cate said “We live in a world where about one per cent of all humanity is now displaced as a result of conflict or persecution. Through Stateless, I hope to prompt people to rethink how we all are responding to the current displacement crisis.” The show launched on ABC Australia, before going global on Netflix in July 2020. In a podcast promoting the series, Cate discussed the Australian immigration system with Gillian Triggs, UNHCR’s Assistant High Commissioner for Protection.

In April 2020, Cate joined UNHCR in launching #FilmsOfHope with IMDb, sharing her personal list of film recommendations for people to watch during the Coronavirus lockdown as a way to explore issues of identity, community, hope and home. As part of the project, she also recorded a conversation with Director, James Gray.

Continuing the theme of hope, Cate penned a powerful Letter of Hope for a global initiative by Vogue in August 2020.

Cate’s advocacy for refugees was honoured as part of the Variety Power of Women series and in an interview on Liftetime TV, where she recognised the commitment and contribution of women humanitarians, including UNHCR’s Alessandra Morelli. 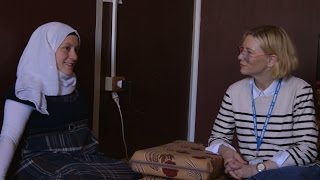 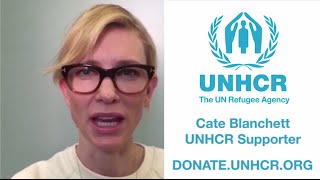