“The biggest misconception about refugees is that they are victims. So many of these amazing refugees are just people like you and me that have incredible capabilities to teach and to help support a community.”

Kat Graham was announced as Goodwill Ambassador for UNHCR, the UN Refugee Agency in December 2020.

Swiss-born American actress and humanitarian Kat Graham started working with UNHCR in 2013 as a High Profile Supporter. In this role, Kat has helped support key UNHCR events and campaigns, including World Refugee Day, the Ramadan Campaign, the iBelong Campaign to End Statelessness and the Nansen Refugee Award. Kat has also supported UNHCR initiatives to bring attention to the challenges faced by LGBTQI refugees, as well as women and girl refugees around the world. With over 9 million followers on social media, Kat continues to bring awareness to the plight of refugees across her platforms.

Kat's breakout role was on the international hit TV show The Vampire Diaries. In addition to starring in feature films like How It Ends, Poison Rose, Emperor and Cut Throat City, Kat made history by being the first African-American April OʼNeil in the animated series Rise of the Teenage Mutant Ninja Turtles.

Kat’s first trips with UNHCR were to the Syrian refugee camp of Za'atari in Jordan (2014), and later to the Mexico-Guatemala border (2015) to meet women and children who had fled violence in Central America.

In 2019, Kat visited Somali refugees at camps in the Melkadida operation in southern Ethiopia. Here, she witnessed first-hand the innovative work UNHCR - together with public and private sector partners - is doing to empower refugee women and girls with new skills, providing them with the resources and knowledge they need to build brighter futures for themselves, their families and their community. Kat was particularly moved by the resilience of the women and girls she encountered, as well as their incredible spirit and energy. Kat’s trip to Ethiopia has been featured by magazines such as Marie Claire.

Kat’s advocacy on refugee issues extended to her participation in the 2019 L’Oreal Women of Worth Awards, where she brought South Sudanese refugee Mary Maker as her guest on the red carpet. In 2020 she reconnected with Mary during an Instagram Live to help bring attention to the increased challenges refugees face during the COVID-19 Pandemic.

Kat was also a speaker at the 2020 Abu Dhabi Dream Ball fundraising event with UNHCR, and has visited UNHCR’s Headquarters in Geneva. In 2015, she was the keynote speaker for the Girl Up Summit and participated in the Girl Up Summit’s virtual event in 2020 where she highlighted the importance of refugee education. 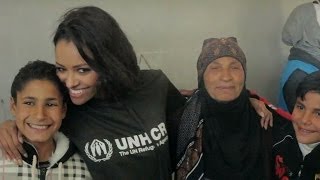 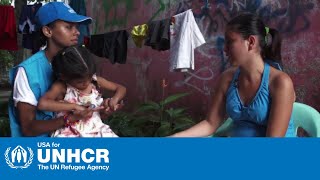 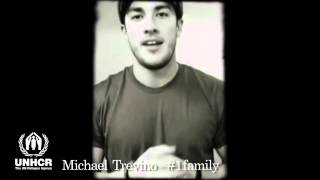 Stars of The Vampire Diaries and Glee - Their Most Important Thing