Internationally acclaimed British writer Neil Gaiman has been supporting UNHCR, the UN Refugee Agency since 2013 and was announced as a global Goodwill Ambassador in February 2017.

Neil has initiated and supported numerous fundraising and communications initiatives for UNHCR including for our Winter Appeal.  In 2019 Neil wrote the poem What You Need To Be Warm inspired by over 25,000 crowdsourced words shared by his Twitter followers on the theme of winter.  In 2020 Neil released the poem back to the world inviting fans to share illustrations for inclusion in an animated film. Neil Gaiman: What you need to be warm 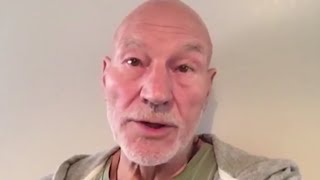 An extensive writer on refugees issues

Neil has written extensively on the refugee issue – in media articles and stories – and has supported key UNHCR events and campaigns including #WithRefugees, World Refugee Day, the iBelong campaign to end statelessness, the Nansen Refugee Award and has appeared in several films including ‘What They Took With Them’, ‘Words Matter’, ‘We Stand With #WithRefugees’ and Everyone Counts.

In 2014 Neil travelled to Jordan with UNHCR to build support, empathy and understanding of the Syrian refugee crisis. He has highlighted the work of UNHCR through extensive media interviews and through his social media channels. He is a fierce advocate for refugees, often writing and speaking about his experience in the field with UNHCR and sharing stories about the refugee links in his own family. 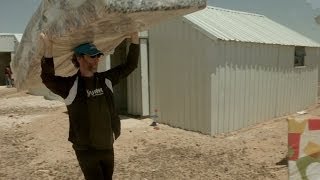 Like this epic (and pretty stylish) piece of art. Our words of warmth knitted into it. I’ve loved working on this project with you all and raising funds for @refugees.