IDOMENI, Greece, May 27 (UNHCR) – The UN Refugee Agency said today it was “seriously concerned” over what it termed sub-standard conditions at several sites in northern Greece where refugees and migrants were evacuated this week from the makeshift site at Idomeni.

“We urge the Greek authorities, with the financial support provided by the European Union, to find better alternatives quickly,” UNHCR spokesperson Melissa Fleming told a press briefing in Geneva.

She stressed that UNHCR agreed that the makeshift site at Idomeni on the Greek border with the former Yugoslav Republic of Macedonia, where refugees had been staying in abysmal conditions, needed to be evacuated, and noted that this had been completed without the use of force.

However, she added that “the conditions of the some of these sites to which the refugees and migrants are transferred fall well below minimum standards.”

Fleming detailed that some of the refugees and migrants who had been living in Idomeni had been moved into derelict warehouses and factories, inside which tents are been placed too tightly together.

“Air circulation is poor, and supplies of food, water, toilets, showers and electricity are insufficient.”

“Air circulation is poor, and supplies of food, water, toilets, showers and electricity are insufficient,” she said.

Refugees transferred by bus from Idomeni received little information about conditions at the new sites and the duration of their stay there.

The last few refugees departing on Thursday told UNHCR they did not know where they were being taken or whether the conditions in the new sites would be any better.

Several refugees expressed doubt over promises they would receive adequate shelter, food, and access to medical care after receiving smartphone photos and messages from friends and relatives already transported.

“UNHCR remains concerned about families being separated during their transfer,” Fleming added. 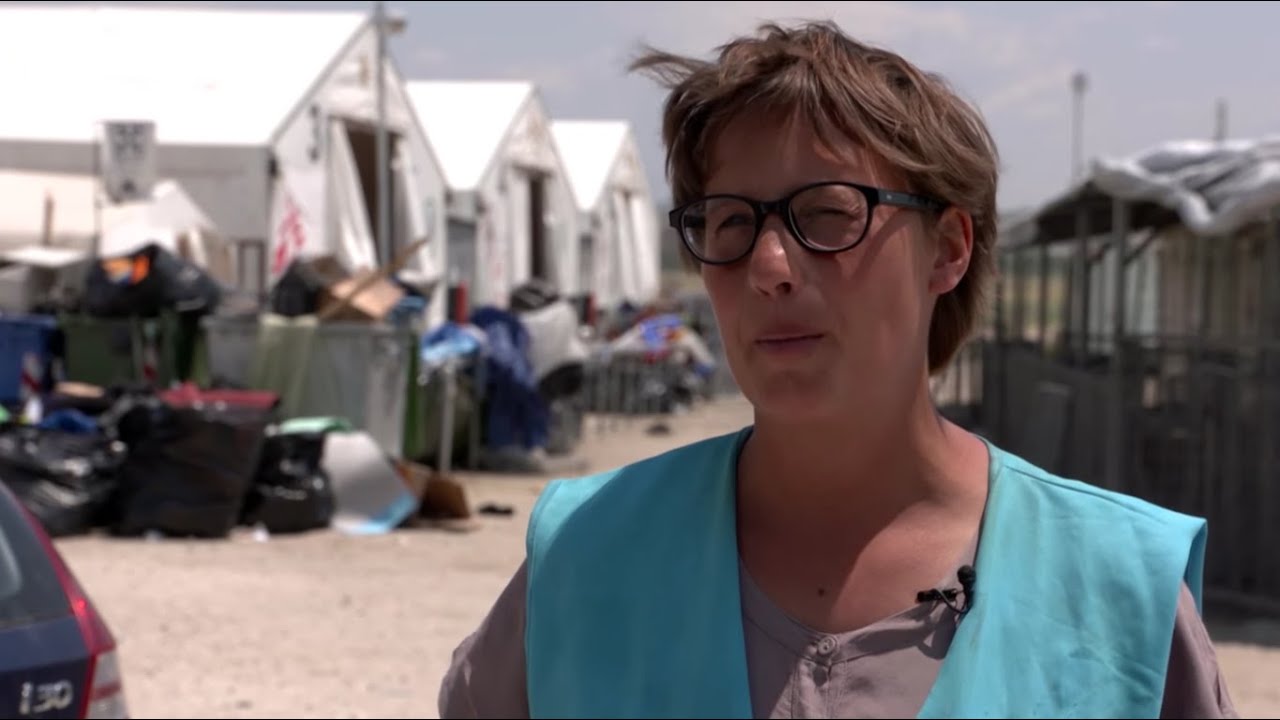 On Friday, refugees standing outside the gate of an abandoned warehouse-turned-accommodation site expressed shock at their new living conditions. More than 1,400 people sleep all together in a high-ceilinged room filled with long rows of canvas tents.

Though all windows and doors are kept open, the air is humid and smells of human waste. Electricity is only available for a few hours per day, refugees said, and at night the warehouse is pitch-black.

Syrian refugee Asmah Al-Hasan, a 53-year-old mother travelling with her husband and three grown children, said she never could have imagined conditions worse than Idomeni, but at least their basic needs were fulfilled there.

"Where are we?" she asked, wiping tears from her eyes.

"We can't sleep at night because it is too loud. We have no home here and no door."

Spontaneous arrivals of refugee families, some of whom left Idomeni on foot, have been reported at a number of the sites, which are already overcrowded. Poor conditions at these sites are compounding the already high level of distress felt by refugee families, fuelling tensions within refugee populations and complicating efforts to provide required assistance and protection.

UNHCR is in close contact with the Alternate Minister of Interior in charge of Migration Policy and proposes that the improvements it had suggested for some of the sites envisaged could be made as a matter of priority.

“UNHCR will continue to assist the Greek authorities to provide emergency assistance and urgently improve conditions at these sites where possible. Where it is not possible to bring conditions up to minimal humanitarian standards, alternatives need to be found and made ready to accommodate refugees,” Fleming stated.

Meanwhile, UNHCR renewed its call for the immediate identification and establishment of new sites commensurate with the needs, and in full compliance with basic humanitarian requirements. While such emergency temporary sites are necessary at present, UNHCR at the same time continues to increase the number of accommodation places through apartments and other reception facilities.

Meanwhile, bulldozers and tractors drove through the abandoned site at Idomeni, clearing a field that once contained thousands of small camping tents and rub halls. Aid workers gathered trash and dismantled their facilities.

Railway tracks that had been blocked by tents for weeks were cleared and checked so trains could resume operating in the coming days, signalling an end to one chapter of Europe’s current refugee challenge.