After decades of frustration and broken dreams, Jirair has finally been recognized as a citizen of the country where he was born.

After finally receiving citizenship, Jirair can now travel and pursue his dream of becoming a wrestling coach.
© UNHCR/Kakhaber Shartava

Decades of statelessness not only stopped 24-year-old Jirair from working legally or obtaining health insurance. It also crushed his lifelong dream of representing Georgia at an international wrestling championship.

For years, he dedicated most of his free time to sport, but was never able to accompany his team to tournaments outside the country. “When you are a stateless person, it seems your life is put on hold,” says Jirair. “It really hurt to be left behind, when everyone from my team left to participate in the championships and I was as good as they were. It was unfair."

Now, after finally receiving citizenship, he can once again pursue his dreams.

Jirair was born to Armenian parents in Georgia in 1993, a few years after the dissolution of the Soviet Union. Soon after his birth, the family left for Russia in search of better opportunities but found they were unable to obtain citizenship with their old Soviet passports. Years later, when Jirair returned to Georgia to take care of his grandparents, he realised with horror that he was legally stateless.

"It seems your life is put on hold." 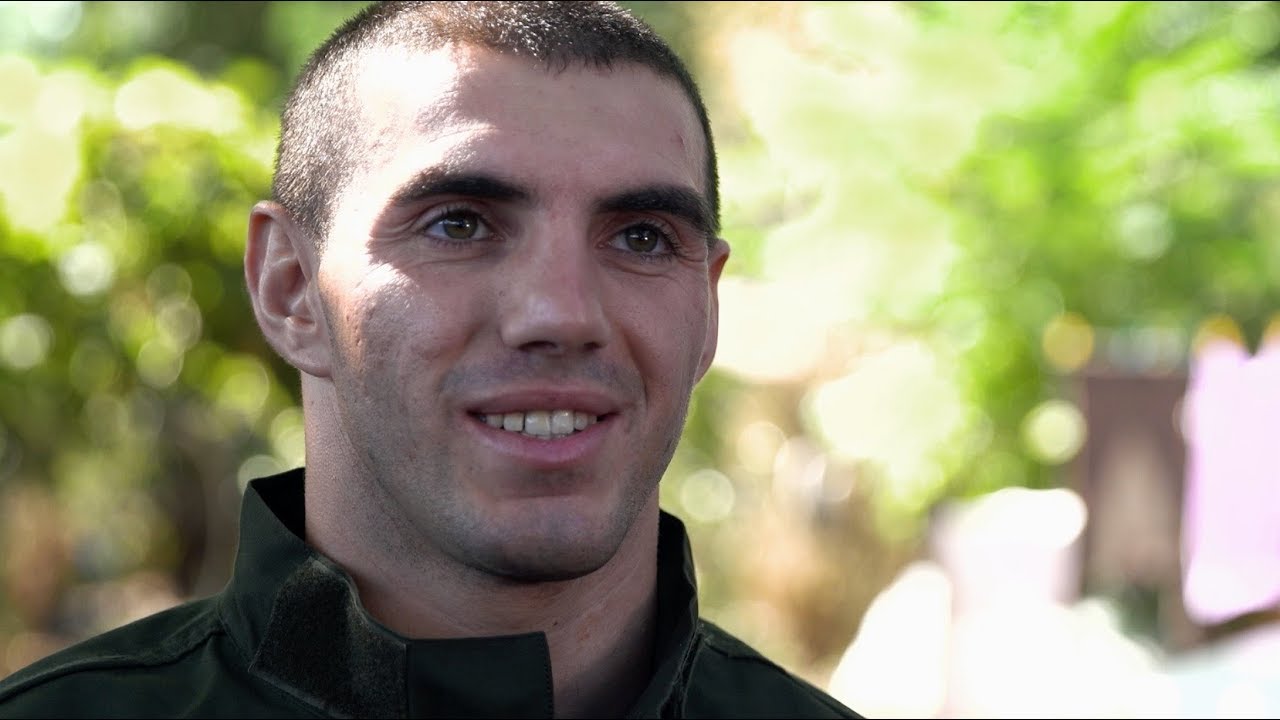 Georgia; Jirair has finally been recognized as a citizen of Georgia

In 1993, Georgia adopted a citizenship law, recognizing those living there as citizens of Georgia. However, with no record of his birth, Jirair could not prove his presence. Many others also fell through the cracks.

Jirair’s life was transformed in 2015 after he applied to be recognized as stateless. That year, he received his first identity card and travel document.

He also attend the ceremony in New york marking the first anniversary of the #IBelong Campaign launched by UNHCR, the UN Refugee Agency, where he spoke about what it meant to be stateless.

In 2016, changes to the law enabled Jirair to prove his presence in Georgia in 1993. The amended citizenship law allowed local authorities to prove the physical presence of a person based on the testimonies of relatives, friends and other witnesses, enabling Jirair to prove close ties with Georgia. Jirair speaks at UN Headquarters in New York in 2015 with Antonio Guterres, then High Commissioner for Refugees.  © UNHCR/Brad Hamilton

“It finally happened, what I wanted, what I dreamed of,” he says. “My life has finally been taken off the ‘pause' button. Since I became a citizen, I got my medical insurance and finally feel secure. I also opened a bank account and, when the bank officer asked for my identity document, I confidently handed it to him.”

At last, Jirair can be legally employed, travel the world and become a wrestling coach.

“When my coach and my local wrestling team first learnt that I got citizenship, they told me: ‘You are one of us and that is where you always belonged'.”

"I have waited for this for so long.”

Jirair can also marry the love of his life. “I have been in love for four years and now, after I got citizenship, we can finally create our own family," he says. "I have waited for this for so long.”

“I want to say to all those young stateless people out there, statelessness can be resolved and I am the evidence of that,” says Jirair. “I want all stateless persons to experience the happiness I feel now, the happiness of being a citizen and being able to say ‘I belong’.”