As conflict deepens suffering inside Ukraine, UNHCR, the UN Refugee Agency, is scaling up cross-border aid from Poland with the support of partners like NEEKA. With temperatures recently plummeting on the Poland-Ukraine border, UNHCR, the UN Refugee Agency, dispatched a consignment of thermal blankets onto the Ukraine side to offer a little more warmth to those waiting long hours in line to reach safety.

The blankets were moved recently from UNHCR’s warehouse in Rzeszow, Poland, crossing the border at Medyka to deliver to women, children and vulnerable people in long lines at Shehyni, on the Ukrainian side, as they waited in the open to file through the border point.

While the crossing point has been quieter in the last days, there is no guarantee this will last. Shelling has recently shifted westwards and there are concerns that a new mass outflow to Poland, which has already welcomed over 2 million refugees in three weeks, remains possible.

In response, UNHCR is scaling up the provision of hot meals, blankets, tents and Rubb Halls around borders through its partners. The distribution was conducted with one of UNHCR Ukraine’s partners, NEEKA, which brought along a crew of volunteers to help unload the truck near the border and hand out the blankets, alongside UNHCR Ukraine staff.

Among those waiting in line was Firuza, 28, from near Kharkiv, where she had been a German and English language teacher at university and an adult college for the last five years. She is 35 weeks pregnant and had spent three days on the road with her mother and sister.

UNCHR Ukraine colleagues were helping escort her to the front of the queue to avoid hours in the open, waiting to cross. “We have been travelling at least three days, it took a long time,” she said. “We want to save our lives. We don’t have any home right now. It was bombed.”

“We had been staying in another flat and went to see our home – and we when went to check, it wasn’t there anymore.”

Her family has roots in Tajikistan, as well as Ukraine, and her grandparents had been displaced by conflict to Ukraine 30 years ago. “Our family has had to flee again – they became refugees here because my grandmother was Ukrainian. And now, again,” she said.

When asked where her husband was, she broke down in tears. He has stayed back in Ukraine. Composing herself, she added, “We hope that everything will be fine. We will survive." 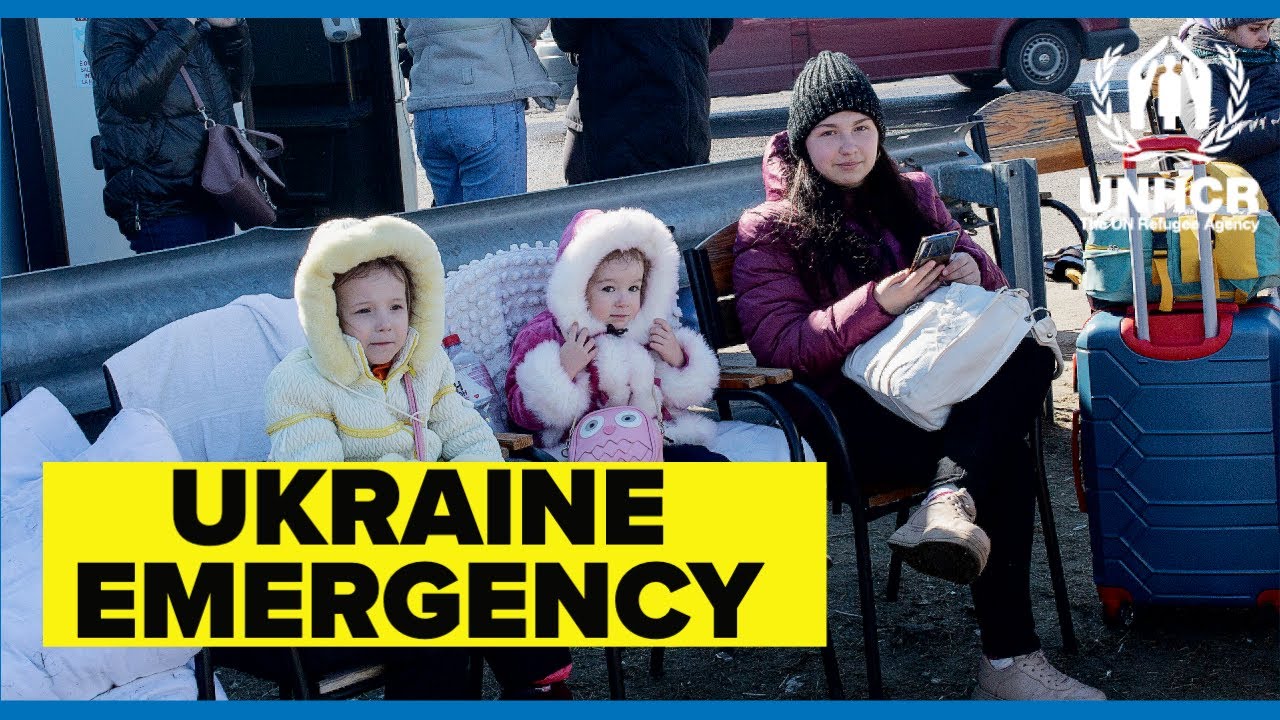 At that point she wasn’t sure where she would end up. She has no relatives or friends in Europe and preferred to settle somewhere not too far from Ukraine, perhaps Germany. “Staying close is better. German is my best second language.”

The truck was unloaded in minutes and blankets were handed out directly to grateful recipients in the lines. Hot food at Shehyni is being provided by other NGOs, but the needs are still great. B

oris, the team leader for NEEKA in Lviv and the region, was coordinating the distribution, smoothing the process with border guards, his mobile phone constantly buzzing.

NEEKA has been feeding the displaced in lines at border crossings since the war started offering hot soup, tea and biscuits. They have a range of other humanitarian actions in the country including temporary shelters, were the displaced can stay for a short spell to recuperate before moving onwards. They are also offering legal support to those in need at borders.

“In Lviv and the western region, NEEKA has big plans to scale up our work on range of humanitarian help,” Boris said. “We’ll do what we can, where there are needs.”

Since last week, UNHCR has been moving trucks regularly across the border. The goods arrive either by airlift to Rzeszow airport, or by road, and go primarily to Lviv, Ukraine, for distribution to internally displaced people in the west of the country.

Other UNHCR stocks are being moved from Lviv to areas more directly impacted in the centre and east of the country when conditions allow. Among the essentials are thermal blankets, mattresses, sleeping bags, plastic sheets, tinned food, solar lamps, batteries and hygiene kits.

Some days after the distribution, UNHCR reestablished contact with Firuza. She had made it to Germany and was looking forward to giving birth. “The baby is doing great, everyone here in the hospital loves him already,” she said. “We will stay strong – we don’t have any other option.”