Thai actress and model Praya Lundberg has supported UNHCR, the UN Refugee Agency, since 2014 and served as its first Goodwill Ambassador in Thailand from 2017 to 2022.

Praya contacted UNHCR after reading about the plights of Rohingya to offer her support.

Since then, she has shown tireless dedication to the cause and a genuine commitment to creating positive perceptions about refugees, internally displaced people, and stateless people.

In Thailand, Praya visited seven temporary shelters and the Stateless programme to witness UNHCR’s work on the frontline, meet with refugees and stateless people and help amplify their voices.

In 2018, Praya ’s field visit to Bangladesh shed light on the plights of Rohingya refugees who lives in the largest camps in the world. After the mission, Praya share her experience with the Thai public during 50 media interviews and generated a widespread coverage. Praya was dedicated to increase the public awareness about the plight of refugees. She organized several activities to commemorate World Refugee Day such as a special talk on the theme of “It Start with You” and gathered over 200 participants

In 2019, Praya witnessed the situation of many refugees in Columbia who had fled from violence in Venezuela. She developed the short documentary “Sin Fronteras: Venezuela at the Crossroads”, in collaboration with Mangata Productions. Not only this project supported fundraising for UNHCR but it also contributed to enhancing global support for Venezuelan refugees and migrants.

In addition to securing widespread coverage through traditional and digital media, Praya championed some UNHCR campaigns such as #WithRefugees, Nobody Left Outside, Namjai for Refugees, #IBELONG campaign. She even participated in the run fostering the UNHCR’s ‘Step with Refugees‘ campaign. Together with other UNHCR Goodwill Ambassadors, she was involved in the #EveryoneCounts multi-voice film to showcase the ambition and hope articulated during the Global Refugee Forum. More specifically during the historic Global Refugee Forum in December 2019, she focused on solutions and the role everyone can partake in alleviating the plight of the refugees worldwide.

In 2020, Praya advocated for Stateless people when visiting the Chiang Rai province in Thailand to support #IBelong campaign. The same year, she promoted UNHCR’s 70 years anniversary and played a part in the UNHCR special campaign “Power of Soap”. The campaign’s fundraising aimed to deliver humanitarian assistance to refugees amid the COVID-19 crisis.

Between 2021 and 2022, Praya continued to leverage her public outreach to share the stories of countless refugees still suffering from the impact of the COVID-19 pandemic, from the Afghanistan Emergency and the Myanmar Emergency. In addition, she voiced her encouragement to the Refugee Olympic and Paralympic Teams during the Tokyo Olympic Game.

During her six years as UNHCR Goodwill Ambassador, Praya demonstrated an unwavering commitment and passion for refugees, stateless, asylum-seekers, and internally displaced people. 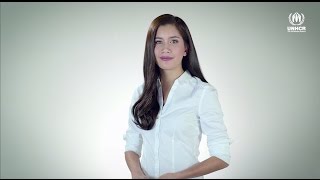 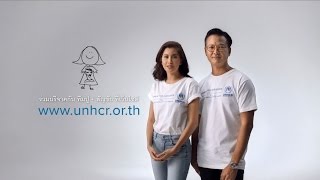 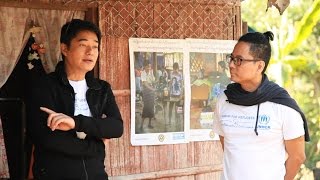