"I want to try to bring the voices of refugees to decision makers who can change their lives.

As the world continues to witness record numbers forcibly displaced by wars and conflicts, I am grateful to be able to play a part in spotlighting this unprecedented refugee crisis."

The award-winning musician has been working with UNHCR to raise awareness about the forcibly displaced, particularly in Africa, since 2013. She has visited Malian refugees in Burkina Faso, performed at UNHCR’s annual Nansen Refugee Award ceremony in Geneva, and Glastonbury festival in the UK; supported UNHCR’s IBelong campaign to end statelessness by 2024, and featured in a film highlighting the important difference between refugees and migrants and the different protection they are entitled to under international law. In 2016 Rokia also added her voice to our #WithRefugees campaign film, alongside fellow high profile supporters, refugees and UNHCR staff from around the world.

To mark her appointment as Goodwill Ambassador, Rokia released a special video of the title track from her album “Né So” which means “Home” in her native Bambara language, and dedicated it to Malian refugees displaced by the conflict that erupted in 2012 in northern Mali as well as those displaced around the world. 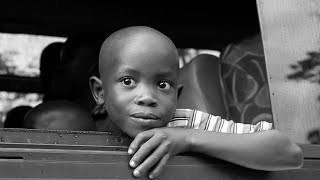