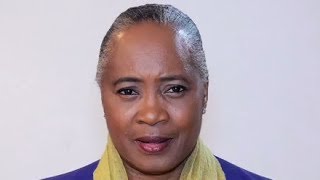 Barbara Hendricks - The most urgent story of our time

Barbara took part in UNHCR's Everyone Counts Campaign in 2019 which celebrated the strength, resilience and skills that refugees bring to their new communities and highlighted that 'everyone has a role to play' in helping refugees. She also attended the Global Refugee Forum as well as highlighting UNHCR's solidarity train. A continuous effort to build empathy for refugees