When the bullets began flying in Bangui, Simplice fled on his crutches. At Mpoko Airport, he found safety – and several fellow musicians.

Simplice (left) strums on his guitar as fellow musicians look on.
© UNHCR/Oualid Khelifi

Nothing has come easily for Simplice Lenguy. Polio left him disabled as a child, and war has cost him everything as an adult. 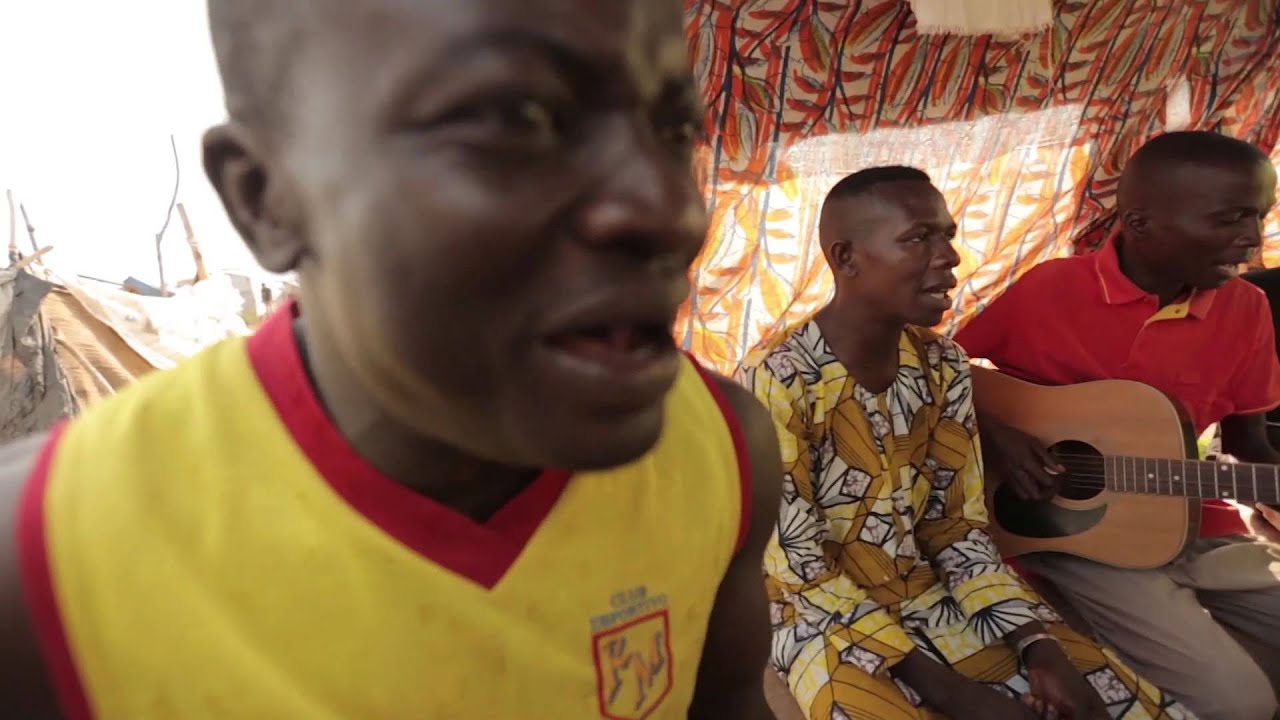 Like hundreds of thousands of others in the Central African Republic, Simplice saw his life turned upside down nearly two years ago, when armed groups attacked the capital, Bangui, killing and mutilating people in one of the most violent episodes in the country's history. He fled on crutches to Mpoko airport, where thousands of others had come in search of safety.

But Simplice is also a musician, and an eternal optimist. Music is his refuge. In the camp, he founded Handimusic, a band featuring fellow displaced and disabled musicians. Together, the group tried to use music to bring some joy to the camp and to spread messages of peace.

At the height of the conflict, Mpoko hosted more than 100,000 displaced people. As a fragile peace took hold, Simplice and many others returned home with assistance from UNHCR and other humanitarian agencies. The rest of the band stayed behind, concerned that conditions were still too dangerous to go back to their neighbourhoods. Even so, Simplice vows that Handimusic will stay together, no matter where its members are living and no matter how long the conflict persists.

Simplice says he's committed to the music and the camaraderie, but most importantly to his belief that his beloved Central African Republic will one day live in peace.