Raped, beaten and abused by their gang member partners, Honduran women find safety in Mexico, where a legal change recognizes gender violence as grounds for asylum.

Brenda, 39, was abused by her partner for 10 years.
© UNHCR/Daniele Volpe

Nine-year-old Gabriel* does not like to speak much about his home in Honduras, but he can vividly describe one of his father’s final outbursts.

“He came home all crazy one night and he grabbed my mom by her hair and went Pow! Pow! Pow!” he says, miming the blows raining down on Brenda. “By the time he was done with my mom, we all had blood on us.”

Once her boyfriend left, 39-year-old Brenda, dazed and desperate, grabbed Gabriel and his seven-year-old sister Lucia and hobbled to the police station.

“I ran in and pleaded, ‘Help me, please!’ But they just told her, ‘We’re sorry there’s nothing we can do for you,’” she says.

Her partner was a 'lieutenant' in the dominant street gang of this neighbourhood in San Pedro Sula, Honduras. The officers would not touch him, scared of the gang backlash. It is likely many were in league with his gang.

“By the time he was done with my mom,
we all had blood on us.”

Brenda’s desperate attempt to get help from the police came after nearly a decade in the abusive relationship, which she compares to being a prisoner.

“He beat me. He abused me. He told me I was garbage and couldn’t do anything,” she says. “He said after four kids no one would ever want me again. He wouldn’t let me get dressed up or put makeup on. I wasn’t allowed out of the house. He would rape me whenever he wanted.”

Today, Brenda wears neatly applied lines of dark blue eyeliner and a touch of eyeshadow, a rediscovered luxury since she and three of her children and one grandchild fled to Tapachula, Mexico in June.

“I’ll cut off your feet if you ever try to run away,” was one of her partner’s last threats. His gang’s reach extends across the city and country. Abandoned by authorities, Brenda saw no way out but to get herself and her children away from Honduras.

The years of abuse nearly wrecked Brenda’s family. Her 12-year-old son fled to live with his grandparents after he was beaten and abused by Brenda’s partner and his gangbanger friends. After they took him in, she was not allowed to visit her parents, now in their eighties and developing health problems.

The street gangs emerged from the chaos of civil wars that wracked El Salvador and Guatemala in the 1980s. The legacy of conflict and poverty also provided fertile conditions for growing institutional corruption and helped extend the gangs’ reach to Honduras and beyond.

In countries dominated by the gangs or maras, a story like Brenda’s is common. Gang violence and machismo leave many women as near slaves to their partners.

“I’ll cut off your feet if you ever try to run away."

“I always think of how many other women are living what I was living,” says Brenda.

The gang presence is overwhelming and snares anyone vulnerable. Practically homeless after being kicked out, Brenda’s daughter Erica was taken in by a young man who offered her a place to stay and money to get by. At the beginning, he was sweet but he quickly became controlling.

Just like her mother, Erica became a captive to a gangbanger.

“I was allowed to leave the house to buy groceries but his fellow gangsters would follow me and watch me. He never let me out of his sight,” she says.

While not as violent as Brenda’s partner, Erica was a prisoner. She was not allowed to work, and was forbidden to speak to her mother. Back at home, Brenda neared her breaking point. 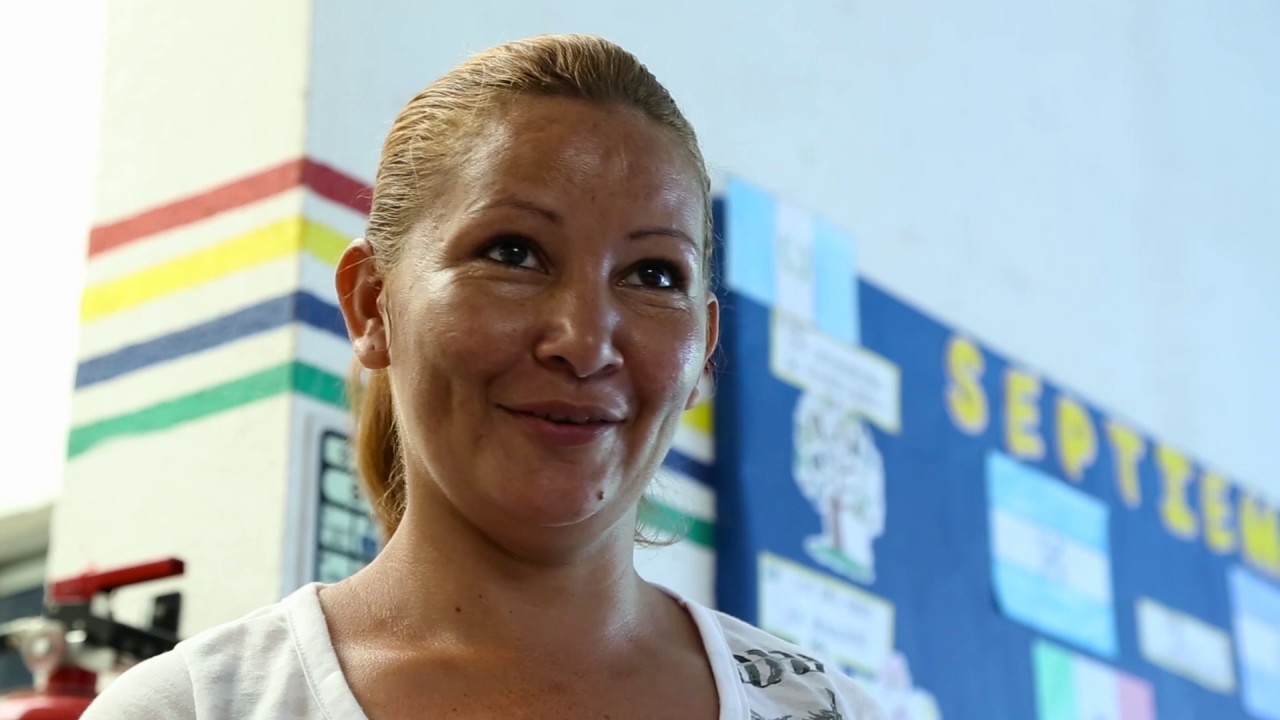 Mothers speak out against gang violence.

“One night I took a knife and put it to my wrist. I began cutting and then stopped,” she says, running her index finger over a thin scar on her inner wrist. “I thought, ‘I have kids, I can’t leave them with this man.’”

She had watched her nine-year-old son Gabriel becoming violent under the tutelage of his father. He would boss around and hit his little sister. His dad told him that is how men have to run the house.

“They start recruiting boys Gabriel’s age,” says Brenda. “They would give him cell phones and shoes and clothes to make him like the gang.”

But after months away from the man, Gabriel is sweet with his sister and gets upset recalling everything that he witnessed.

Brenda’s family of five lives together in Tapachula in a single room with two mattresses, a hammock, and a small TV.

They were all recently granted complimentary protection – a designation similar to asylum – by the Mexican Commission for Refugee Assistance, known as COMAR in Spanish. Thanks to a 2011 change in the law, COMAR now takes into account gender violence when reviewing refugee cases so women like Brenda have a better shot at receiving protection in Mexico.

They are now just focusing on getting by as they wait for their residency permits. Erica and Brenda briefly worked as waitresses at bars, the only jobs they could find in Tapachula. But both left, frightened by the advances of drunk men and their offers of money for sex.

For the moment, they are paying rent and buying groceries with the financial support they get from UNHCR, the UN Refugee Agency. About 1,600 refugees in Mexico are currently receiving this support. UNHCR is also helping Brenda find more care for her kids. Today, they are going to a government-run organization for women and children.

“We used to serve mostly street kids who came from Guatemala to work as vendors,” says Ana Bertha Mendoza, the centre’s director. “But lately there has been a lot of demand from refugees, especially women alone with their children. We feed up to 60 people per day.” Women and children come here for meals, psychological help, literacy classes, and to bathe.

“One night I took a knife and put it to my wrist."

Brenda heads into the little nurse’s station with Gabriel and Lucia. The nurse, Uri – who is officially the centre’s psychologist but does just about everything because of lack of resources – weighs and measures the two youngsters. Though two years older, Gabriel is about the same size as Lucia and well below average size for a boy his age. The nurse reminds them they can come and eat here twice a day.

“Do the kids have any other clothes than this?” nurse Uri asks.

Brenda shakes her head gently, her eyes on the floor.

“That’s okay, we’ve got all these here.”

Brenda and Lucia sort through the girls clothes. A smile finally sneaks across Brenda’s face as Lucia finds something pink she likes and looks up beaming.

*All refugees’ names have been changed for protection purposes.