The Goldhills are hosting 21-year-old Faraj, a devout Muslim who accompanies them to the synagogue on Saturdays. CAMBRIDGE, England – The Goldhills have always kept an open home, welcoming students and friends to stay. However, for the first time, the devout Jewish family is now hosting a refugee, a conservative young Muslim from Syria.

“He comes from a very orthodox Islamic background and then he comes to a very Jewish family,” said Simon Goldhill, 60, a professor of Greek literature at Kings College, Cambridge University.

“He prays five times a day and then comes to synagogue with us and helps the rabbi. This is a testament to who Faraj is. He sees our differences, but never as an issue.”

Faraj, 21, fled war-torn Aleppo in 2012 with his family. They went first to Egypt and, a few months later, Faraj travelled alone to Turkey, where he had friends and where he was able to work in a factory in Ankara for two years.

“I am not a stranger here. I am finally free."

Barely making ends meet, he and a cousin left for Europe reached the United Kingdom in August 2015. He was granted refugee status three months later and started volunteering and cooking at a nearby church, where he made new friends.

One friend introduced him to an organization called Refugees At Home, which matches refugees with hosts, and in September 2016 he was welcomed by the Goldhills. Nervous at first, Faraj said his worries evaporated when he met Simon's wife, Shoshana.

“This is my home,” he said. “I am not a stranger here. I am finally free. Here, I am the Faraj that I have always wanted to be." 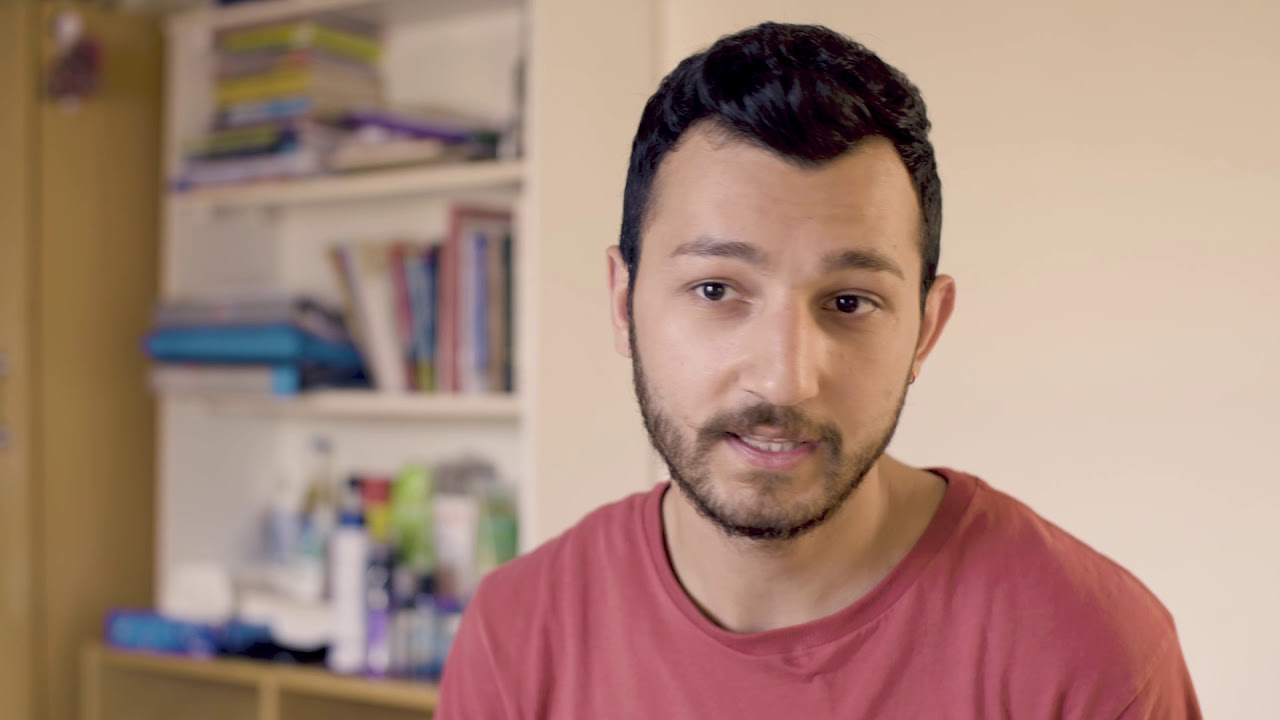 He enjoys cooking and is always bringing back new spices to experiment with. He is close to Shoshana and her daughter Sarah, 27, a medical student, who says she is thrilled to finally have a younger brother.

“I am very protective of him,” she said. “We hang out a lot and he just fits in so easily with all my friends. It’s impossible not to adore him.

“He completely lifts me up out of my mundane day and grumpiness. He always sees the positive side of things. Not to mention I now probably eat three times my body weight each day of hummus.”

Simon and Shoshana both speak of how open-minded and positive Faraj is despite his experiences.

“Not too many people walk around Europe as a refugee and, I mean, he has every reason to feel the world has treated him badly, but is still so positive, open, gentle and optimistic,” said Simon. “His gentleness is a hard-earned gentleness.”

Shoshana said he quickly became part of the family. “On the one hand, I know he has a really tough core given what he has been through and how he’s been on his own since he was 17, but there is a real innocence about him,” she said. “I worry when he goes out.”

The Goldhills have told Faraj he can stay as long as he wants. He and the family are hoping he will continue his English-language education and go on to university. Faraj says he would like to become a psychologist.