Job title: Currently Regional Representative for UNHCR, based in Kinshasa, Democratic Republic of the Congo. More than 23 years with UNHCR, working in Sierra Leone, Chad and Switzerland.

After growing up in the Caribbean, surrounded by white sand beaches, turquoise waters and green hills, Ann relocated to Geneva, Switzerland, with her husband. With a law degree, great professional experience, a caring husband and two children, she was a young woman who seemed to have everything. And yet she chose to leave safety and comfort, to work in war zones helping the forcibly displaced.

From a very young age, my dream was to become a lawyer. After graduating from law school, I started working in estate planning, company law, big foundations and hedge funds. I thought that this was my real passion – until I took up a short-term employment opportunity with UNHCR, when I relocated with my husband to Geneva.

I was deeply struck by the plight of refugees and asylum-seekers. The human rights violations were absolutely incredible. Of course, I was aware of them from the news. But it really affected me to see these violations systematically executed against hundreds of thousands of people, who had no other choice but to run away and save their lives.

In 1999, when the opportunity came for my first field assignment in Sierra Leone, I knew I had to take it. I had already started to feel that enormous gratification of knowing that you can help people, protect their lives and improve their living conditions, and I didn’t want to be side-tracked. I wanted to pursue that and to see where it would take me.

You worked in many war zones and remote locations. How did you cope?

Indeed, I worked very often in high-risk areas, where I become conscious that I was responsible for my own security – but also the security of my team, who looked to me for leadership and coordination. At the same time, I was also very conscious not to carry work with me as a baggage when I returned home. Since I had to face difficult situations, like attacks and killings of refugees, the death of colleagues and other traumatizing events, I had to find coping mechanisms.

In places like Chad and South Sudan, I planted flowers and sweet potatoes. The daily routine of caring for the flowers and making sure they live was a sort of an outlet, at places where nothing grows until you bring it to the point where it can grow. I also tried to do sports, went regularly to Mass, got my hair done on Saturdays, and had a group of colleagues with whom we talked and created a space to bond. 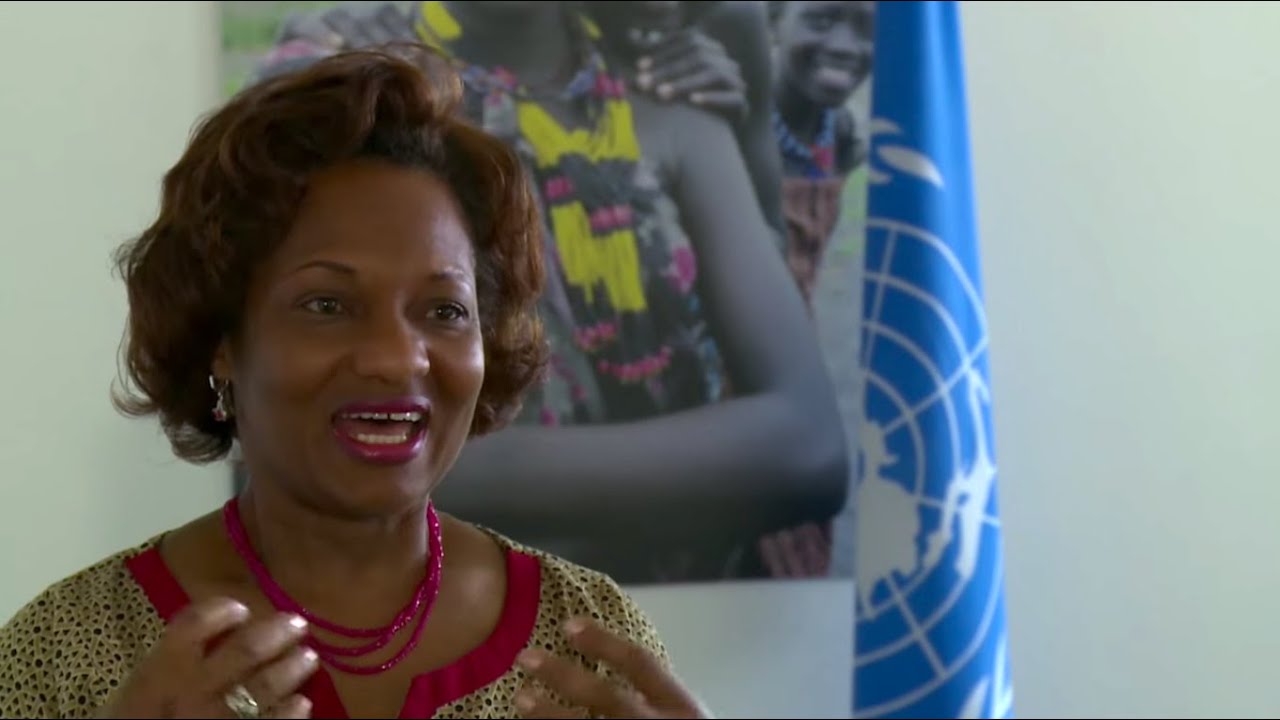 Your career with UNHCR has meant you have had to spend time away from your family. Has that been a challenge?

I had two young children when I started working in remote locations, aged seven and nine. I was deeply torn by doubt on whether I could be away from them and whether it would all work out. I also had to face criticism from a family member who thought that I was not respecting my duty as a wife and a mother, and that I was abdicating my responsibility as a parent. But I was absolutely determined to make it work. For every single break I got, there was only one direction, and that was home.

My daughter had asked to go to boarding school, so I matched all her vacation periods. I spent time with my kids intensively and it was very much quality time. When my children became teenagers, it was more difficult. They were more interested in being with their friends, and I couldn’t force those moments on them.

As a female humanitarian, I saw how women are judged differently when working in war zones or in places where they can’t take their children. Invariably, you meet officials or other humanitarians and they would ask, “Are you alone? Where is your family? Did your husband let you come here and by yourself?” I faced those questions all the time about my responsibilities as a mother.

I really had to steel myself to deal with it. But my husband was supportive and the children accepted it. My family reconciled with what I wanted to do for my career and so I stopped making excuses. I was in a non-family duty station and that was who I am. I really did not want to be on my deathbed wishing that I did not follow this path. Did you meet a particular displaced person who moved you?

But there was one lady whose name was Jackie. She had the talent for sewing but she was also a mobilizer of women’s groups. She had started a small cooperative, where some women were raising chickens or rabbits, others were making uniforms and woodwork, while others were collecting honey from bees. Jackie was helping women help themselves and, in six to eight months, they had a thriving sort of arrangement that kept their families going and their children at school. I became quite attached to her because of her drive, her strength and her energy despite all the adversities.

What is the most rewarding thing about your job?

It is helping people to have a better life. I think there is no price that you can pay for this. There is nothing more satisfying in terms of job. I wouldn’t change it for the world and I wouldn’t do it in any other way.

What keeps you awake at night?

Since September 2016, I have been working in the Democratic Republic of the Congo and the one thing that bothers me is insecurity. The insecurity that may arise at any time and affect populations either in the neighbouring countries or within DRC itself. I do worry constantly before I fall asleep, about what will happen during the night, particularly in border areas that may cause more people to flee their homes. More mothers to run away with their children in the dead of night and not be able to know where they are going to, and what they will be doing next.

UNHCR, the UN Refugee Agency, works in 134 countries helping men, women and children driven from their homes by wars and persecution. Our headquarters are in Geneva, but most of our staff are based in the field, helping refugees. This profile is part of a series highlighting our staff and their work.