Competing on the global stage gives new hope and valuable experience to refugee Olympians and focuses attention on the situation and potential of the world's forcibly displaced.

The Olympic flame on the Olympic Caldron displayed at Yume-no-Ohashi Bridge (Dream Bridge) in the Ariake district of Tokyo on August 7, 2021.
© UNHCR/Lucy King

As the Tokyo 2020 Olympic Games drew to a close on Sunday, the 29 team members — originally hailing from 11 countries and competing in 12 sports — were proud of having competed at the very highest levels of sport. And they were grateful to gain valuable experience and have the chance to display their talent, just as other athletes are.

Greco-Roman wrestler Aker Al Obaidi made it to the quarterfinals in his weight division, and taekwondo athletes also advanced in their tournaments. On Sunday, Tachlowini Gabriyesos, originally from Eritrea, ran a 2:14 marathon, placing 16th overall.

“After they fall, they get up and finish the race,” said Pur, who found that one of his key roles was encouraging athletes after a loss or disappointing outing. "In sport, you have to accept the defeat, which we believe as a team. We accept the defeat, and come back strongly next time… I always tell them, maybe today it is not your day — your better day is coming.” 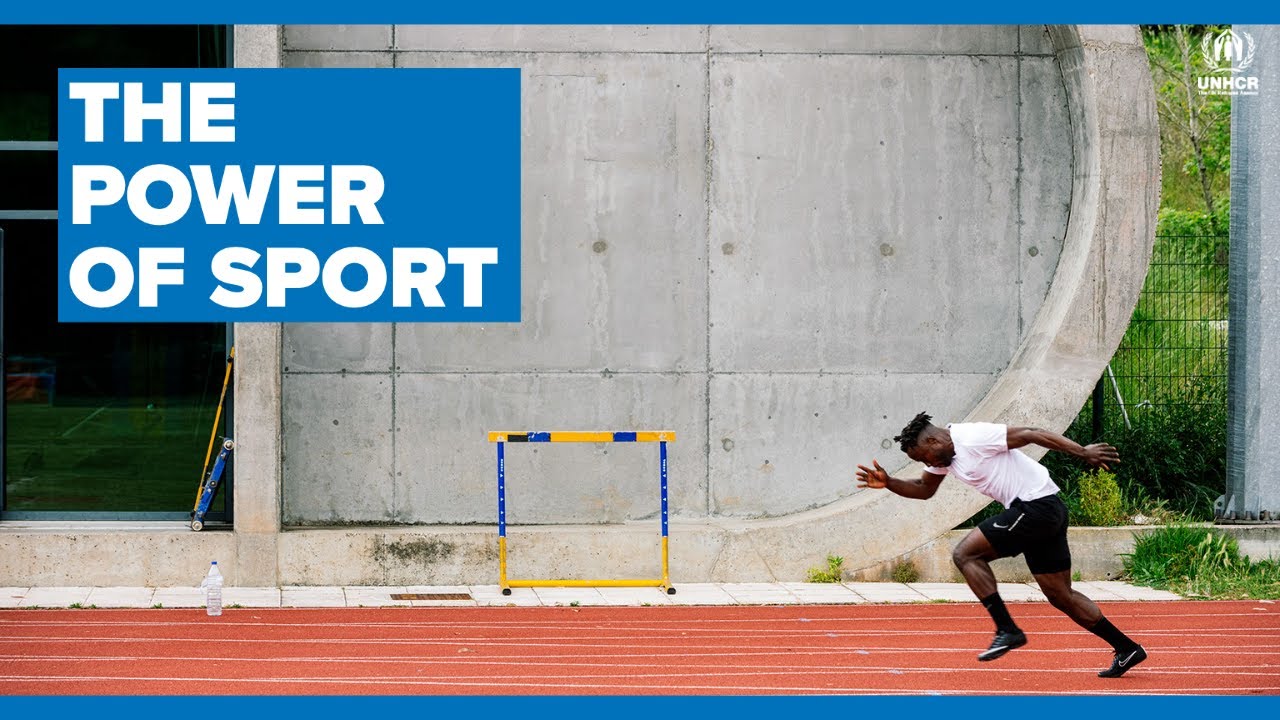 “Competing in the Olympics was like ‘being brought back to life’ after more than seven years of no international contests,” said Cyrille Tchatchat, a weightlifter originally from Cameroon who now lives and works in the UK as a mental health nurse.

"It makes me feel that things are changing for the better and that I have to keep training and remain motivated,” said Cyrille, who lifted a combined 350 kilograms, coming in 10th in his weight class. “Competing with the world’s best has certainly boosted my motivation and I now have my eyes on Paris 2024.”

The refugee athletes, who competed under the Olympic flag, do not want any special favours and treatment, said Stephen Pattison, a spokesperson for UNHCR, the UN Refugee Agency, who traveled with the team. “All they want is to be able to train and compete like any other athlete, and to let their talents and ability to be shown to its fullest extent,” he said.

Beyond competing in their sport, the athletes also took seriously their larger role as representatives of refugees and forcibly displaced people worldwide, a number that has grown from 65 million in 2016 to more than 82 million today.

“Competing in the Olympics was like being brought back to life.”

The Olympics highlighted the power of sport as a universal language that inspires hope. Sport plays a vital role in boosting motivation among young refugees around the world, said Nick Sore, senior refugee sports coordinator at UNHCR.

Being uprooted from their homes is particularly hard on children and young people, and many are forced to live in a state of limbo for years. Less than half of school age refugees are in formal education, so learning and personal development opportunities are lacking. Organized sport can provide a way for young people to grow and find some normality in their lives again, Sore said.

“The Refugee Olympic Team has shown young refugees that they can have opportunities in life that they never felt possible — on par with other young people around the world —and that they can, through sport, achieve their dreams,” he said.

Pur says he sees that hope kindled among young refugees he knows back in the Kakuma Refugee Camp in Kenya, where he grew up after fleeing fighting in South Sudan, and other camps he visits as a UNHCR Goodwill Ambassador.

“Young people who are back home, they are motivated too, because they know that this is about your talent,” he said. "It's about your hard work — grabbing an opportunity.”

Pur has seen and experienced how sport can boost self-confidence. After years as a soccer player, he switched to running and found he had a gift, and that the sport developed self-discipline and a sense of accomplishment.

“A lot of refugees get undermined, and they feel ashamed,” said Pur, who is also a board member of the Olympic Refuge Foundation. "You don't have to feel that shame.”

The Refugee Olympic Team, created by the International Olympic Committee with the support of UNHCR, has given hope to talented young people stuck in limbo due to forces outside their control. Because they have fled conflict or persecution in their countries, participating for their own state is usually not an option. And many who have sought asylum in another nation have not yet been naturalized — a process that can take many years.

Weightlifter Cyrille said that being chosen as one of six athletes to carry the Olympic flag into the stadium during the Opening Ceremony was perhaps most memorable — and heartening, because it showed to him that the world was becoming more aware of refugees. “It warms my heart and sends a big message of hope and solidarity for refugees,” he said.

“They will deliver a message of hope, resilience and a better tomorrow for the future of refugees.”

Around the Athlete’s Village, Pur sensed that more people were aware of the refugee team than in 2016, when there were just 10 members. (He was also surprised — and delighted — that the dining center served chapati, a flatbread common in Kenya, as well as a range of other international dishes.)

Six more athletes will be competing in the International Paralympic Committee’s Refugee Paralympic Team in Tokyo from 24 August to 5 September, in four sports.

Pur won’t be able to join them but said his message to the refugee para-athletes was that “it’s all about the determination” — not their disability or where they are from. “It’s about the future that you will create for the young generation.”

He said he would be cheering for them because they are part of the team, and that he was confident they would “deliver the message that we all carry — a message of hope, a message of resilience and a better tomorrow for the future of refugees.”