Pathways for Admission of Syrian Refugees 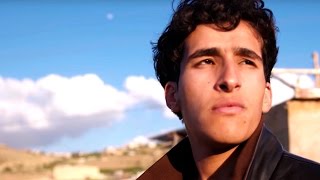 “Today, they are refugees. Tomorrow, they can be students and professors, scientists and researchers, workers and caregivers.

When managed properly, accepting refugees is a win for everyone.”

The conflict in the Syrian Arab Republic has already forced over 4.8 million Syrians across borders to neighbouring countries and displaced an estimated 6.5 million people internally.

In light of the magnitude, scope, and complexity of the Syrian situation, there is an urgent need for the international community to recommit to the fundamental principle of international cooperation to share more equitably responsibilities for refugees. In this vein, UNHCR convened a ministerial-level meeting on 30 March to promote global responsibility-sharing through pathways for admission of Syrian refugees.  The meeting explored mechanisms for the admission of Syrian refugees, including: resettlement, humanitarian admission programmes, private sponsorship programmes for individuals in humanitarian need, special humanitarian visas, and medical evacuation, as well as additional pathways such as family reunification, labour mobility schemes and scholarships.

The meeting on 30 March contributes to a broader process for addressing large-scale movements of refugees and migrants, which will culminate in a high-level plenary meeting of the General Assembly on 19 September 2016.

“We cannot respond to refugee crises by closing doors and building fences. The world must show solidarity and share this responsibility.”