Over 3.5 million refugee children miss out on school, report finds

UNHCR calls for education of refugees to be a fundamental element in humanitarian response. GENEVA – More than 3.5 million refugee children did not have the chance to attend school in the last academic year, UNHCR, the UN Refugee Agency, says in a report published today.

Entitled “Left Behind: Refugee Education in Crisis”, the report says that, globally, 91 per cent of children attend primary school, but for refugees that figure is just 61 per cent, and in low-income countries less than 50 per cent.

It says there are 6.4 million refugees of school age – between five and 17 – among the 17.2 million refugees under UNHCR’s mandate. “In 2016, only 2.9 million were enrolled in primary or secondary education. More than half of them – 3.5 million – did not go to school,” it continued.

In a statement, Filippo Grandi, the UN High Commissioner for Refugees, said: “The education of these young people is crucial to the peaceful and sustainable development of the countries that have welcomed them, and to their homes when they are able to return. Yet compared to other children and adolescents around the world, the gap in opportunity for refugees is growing ever wider.”

For tertiary, or post-secondary, education the situation is critical, it added. The percentage remains at 1 per cent for refugees, compared with 36 per cent worldwide. 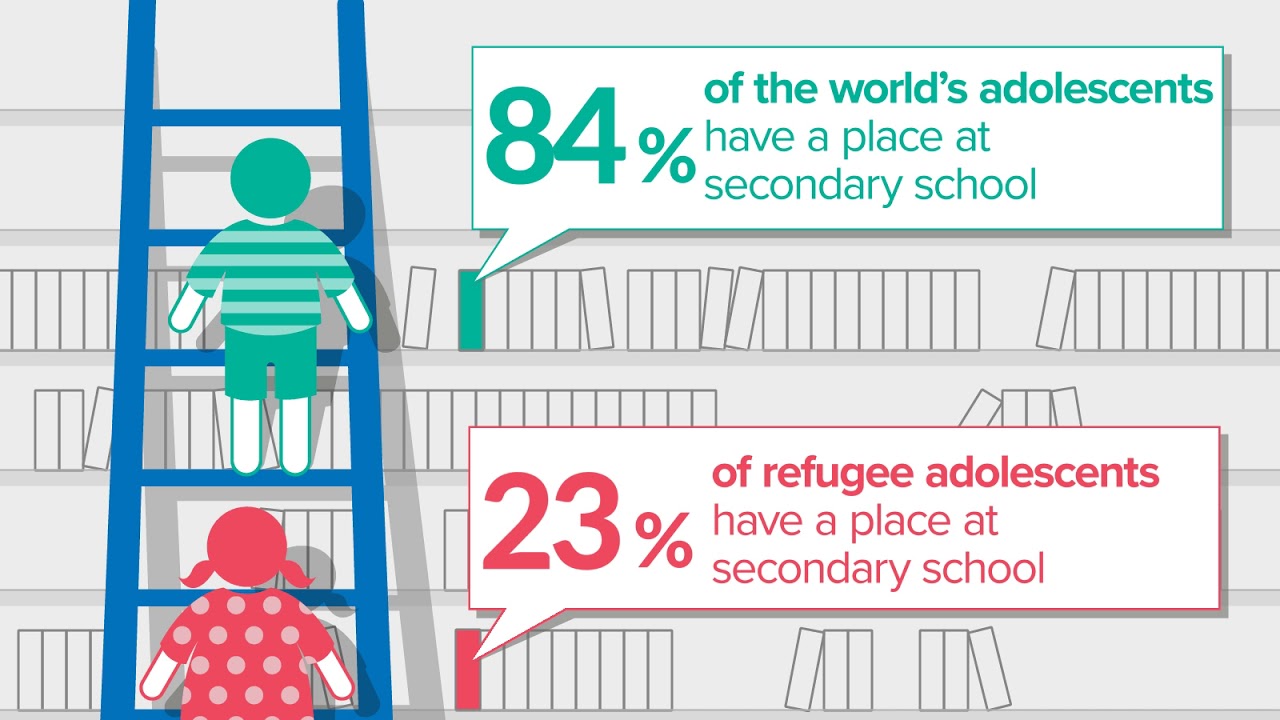 Only 23 per cent of refugee adolescents go to school

The report calls for education to be considered fundamental to the response to refugee emergencies, and for it to be supported by long-term planning and reliable funding.

It urges governments to include refugees in their national education systems and highlights some of the efforts made towards implementing such a policy, even in countries where resources are already stretched. 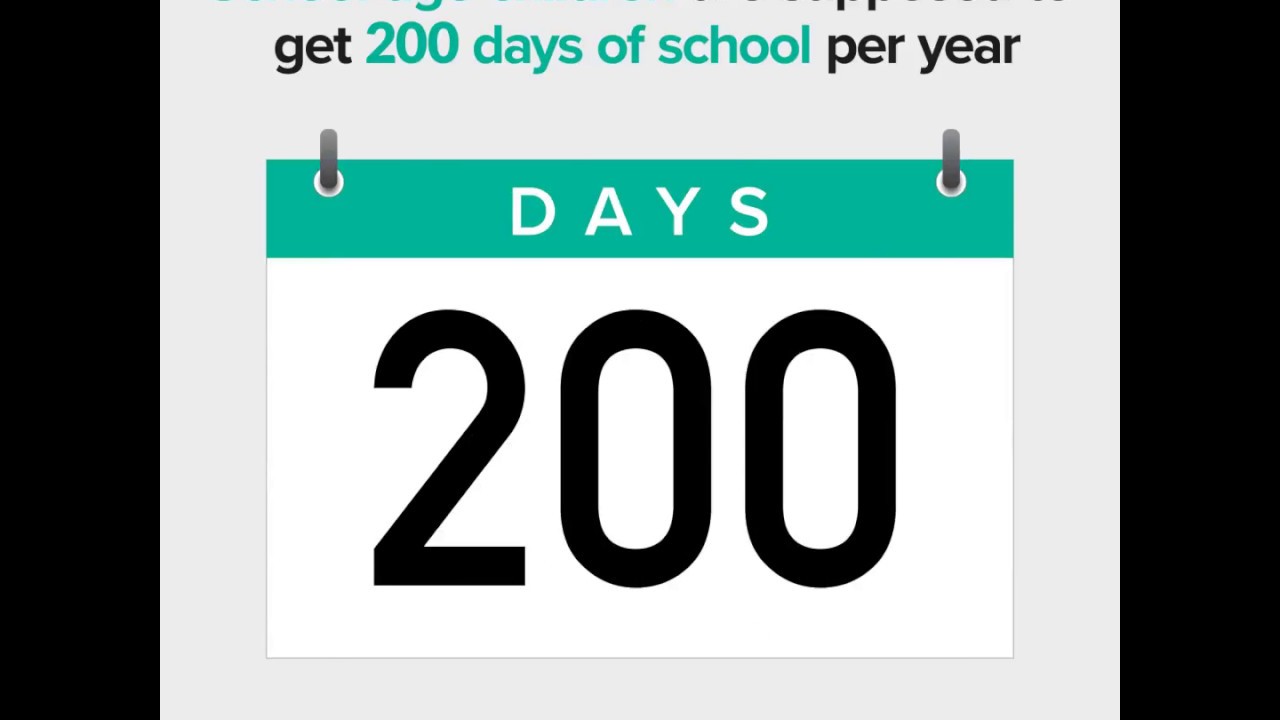 School-age children are supposed to get 200 days of school per year.

UNHCR is working along with partners to bring education to refugees around the world, in and out of camps. Increased funding is urgently needed to put more refugee children in school.